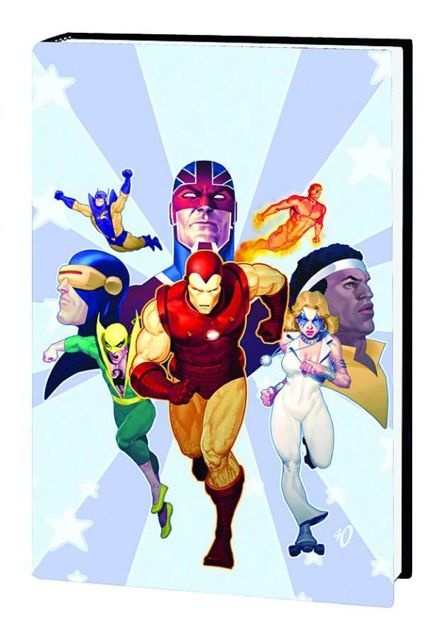 Trapped in the past, Iron Man races the clock to save the future from annihilation. But his past self is in a drunken stupor, and Tony's fellow Avengers dismiss his story as an alcoholic delusion. The keys to saving Tony's future? Hank Pym, exiled Avenger - and one of the team's greatest enemies: Ultron! Tony's next stop is Captain Britain's London, a totalitarian state bent on a new, 'cleaner' future. Iron Man and Captain Britain fight for freedom - but can any of the crosstime allies Tony gathers help him defeat Dark Phoenix, the foe threatening all of time? Collecting IRON AGE: ALPHA, IRON AGE #1-3 and IRON AGE: OMEGA.