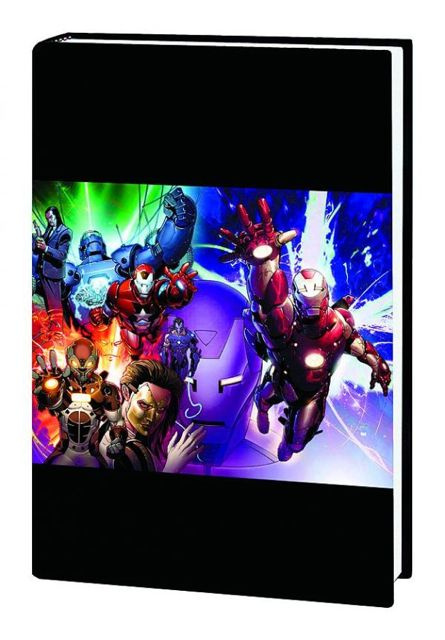 He's outrun Norman Osborn, and kept the database of superhuman secret identities safe and secure. But in doing so, Tony Stark has lost just about everything: his armor, his power - even his very mind. Now, at his absolute lowest point, it will take Tony's last reservoir of will - and a band of brothers including Thor, Captain America, War Machine and Black Widow - to keep from losing it all and sow the seeds for a brighter tomorrow. Stark Industries' arms-manufacturing days are over: Tony's new company, Stark Resilient, is bringing modern tech to the masses without bringing innocent people to their knees. But there's a competitor on the scene, a mother/daughter team with a very familiar name ready to pick up the slack with an armor called Detroit Steel. They've started a deadly game of international intrigue that will bring one of Iron Man's deadliest foes back into the fray - but for the Hammer girls, that was merely the opening salvo. With War Machine grounded by the Pentagon, Pepper missing the RT-charged heart that made her Rescue and Tony's Resilient team struggling to put their clean-energy tech into production, they're about to up the ante. Now, Iron Man's going to find out just what 'resilient' really means. Collecting INVINCIBLE IRON MAN #20-33.