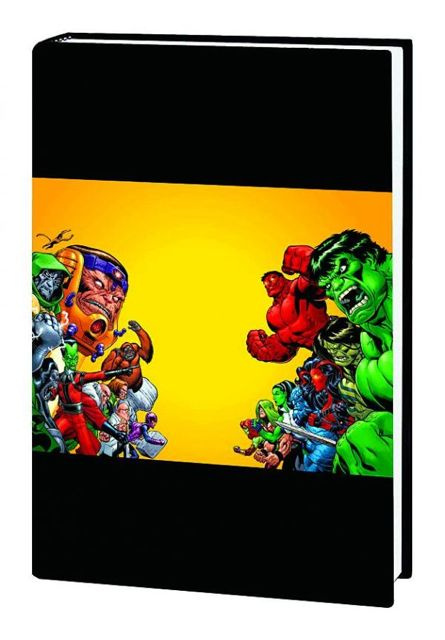 Hulks. Will. Fall. But who will take the biggest fall of all? The Red Hulk and Bruce Banner form an uneasy alliance to defeat a conspiracy bent on taking down the U.S. government. But will they destroy each other before they can triumph? Guest-starring Thor, Captain America, the X-Men, Black Panther, the Fantastic Four and more, this monster-sized saga kicks off with the death of a longtime Hulk legend and never lets up! And in the aftermath, the truth is finally out: The identity of the Red Hulk is revealed! Everything Hulk fans have been waiting for pays off here, but it only whets the appetite for the epic final showdown between Red and Green Hulks - a cataclysmic battle that will settle once and for all which one is the strongest there is! Collecting FALL OF THE HULKS: GAMMA and HULK (2008) #19-24.