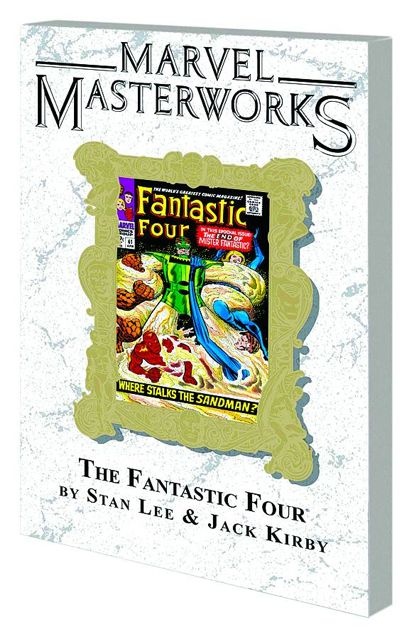 Continuing the unmatched Lee/Kirby FANTASTIC FOUR run, this volume kicks off with the return of the infamous Sandman and the debut of Blastaar, the Living Bomb Burst. Then, Mr. Fantastic finds himself lost in the Negative Zone - and only Triton, the Inhuman, can save him! Next, it's the debuts of Ronan the Accuser, Kree Sentry 456 and the Supreme Intelligence. If that wasn't enough, the utopian scientists of the Enclave unleash the golden being known as 'Him' (a.k.a. Adam Warlock) upon the world. And to take us out on a soaring note of nail-biting drama just after the FF come together under the announcement of Sue Richards' pregnancy, the ever-lovin', blue-eyed Thing tells his teammates to take a powder - leaving them to face the Mad Thinker and his awesome android on their own! Collecting FANTASTIC FOUR (1961) #61-71 and ANNUAL #5.