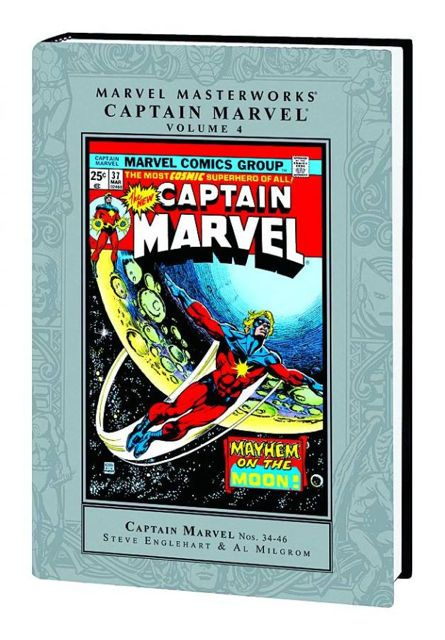 Steve Englehart and Al Milgrom take the good Captain to the next level. Beginning with Nitro's pivotal first appearance and the fight for Compound 13, the action jumps into the Negative Zone where Annihilus confronts Marv's other half, Rick Jones. Then, it's off to the Blue Area of the Moon for a fight that will forever change our Nega-Band-bound combo. Next comes a trip to the Watcher's homeworld for the trial of Uatu. A return to Hala reveals the Supreme Intelligence's master plan for Cap and Rick, and the residents of Earth aren't going to like it one bit. Topped off with menaces including Ronan the Accuser, Drax the Destroyer and the Stranger; team-ups with Ant-Man and the Wasp; and appearances of cosmic Marvel lynchpins the Universal Church of Truth and the Soul Gem. Collecting CAPTAIN MARVEL (1968) #34-46.