OSAMA BIN LADEN IS BACK AND HE'S OUT TO DESTROY AMERICA! America's most wanted terrorist mastermind is back! Only this time he's a giant mutated killer hellbent on destroying the land of the free! Malcolm Dragon and Battle Girl are in for the greatest fight of their lives but what chance does a couple of high school students have against America's public enemy #1? Meanwhile, an alien invasion mounts and Savage Dragon is a million lightyears from home! 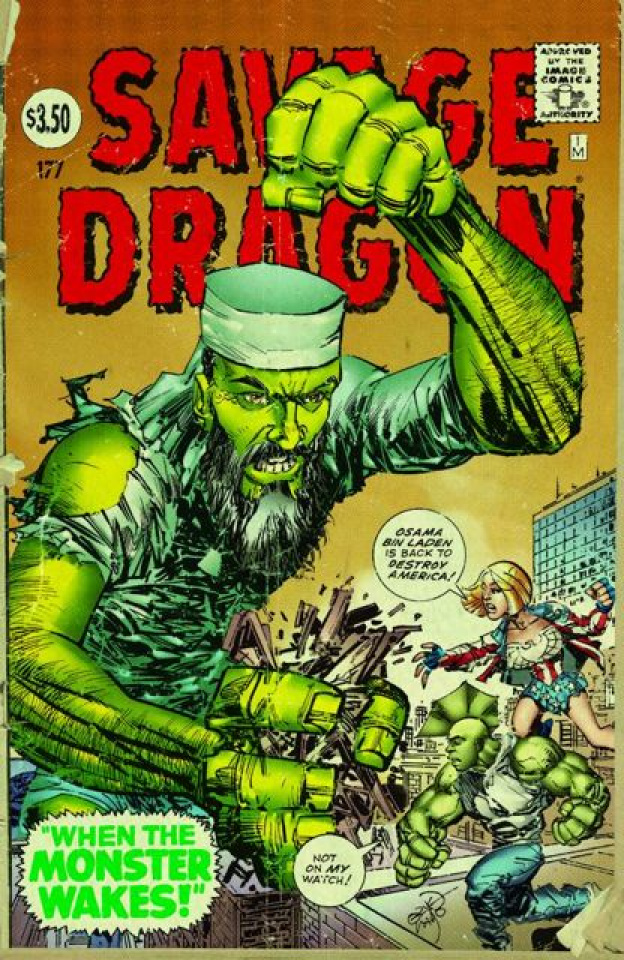