The Armageddon is over and The Devil has won. In this latest collection of stories culled from the hit Shadowline Web comic series, learn how the previous NIGHTMARE WORLD tales of Irish fairy-folk, vengeful zombie killers, alien ultra-heroes, Cthulhu and more combine with these 13 new tales of terror to reveal Lucifer's sinister plan to control Creation, revealing the haunted underbelly of a monstrous world all too similar to our own in the chilling tradition of 'Tales from the Crypt' and 'The Twilight Zone.' Includes an introduction by GARY (Deadworld) REED, re-mastered art, a bonus prose story and more! 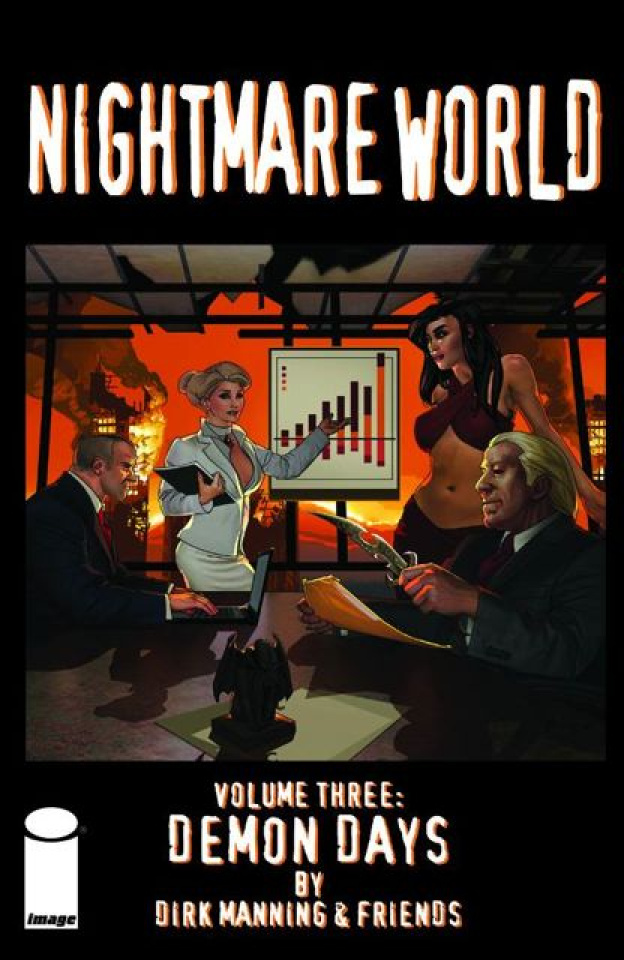