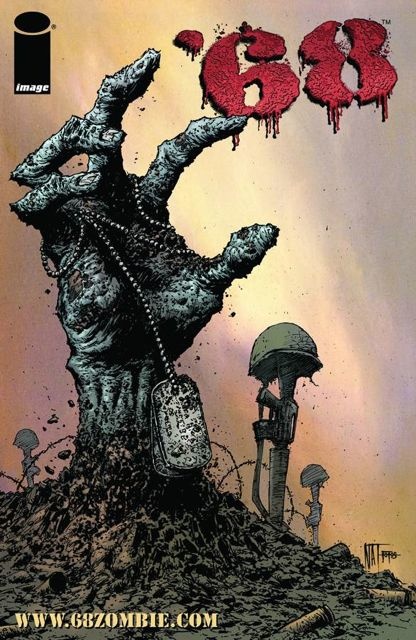 On February 13, 1968, Lieutenant Tommy Blake led a five-man fire team into the deep jungles of Vietnam to investigate the sudden silence of a deep-cover listening post. What they found, far from the relative safety of tiny firebase Aries, hidden by the shadows of an enemy-infested rainforest and buried in the heart of a darkness known as 'Indian Country' is a brutal story of violence and horror. The hungry dead have risen in the war torn hell of Vietnam and there are zombies in the razorwire... So save a bullet for yourself. Horror masters MARK KIDWELL, NAT JONES and JAY FOTOS are proud to present the deluxe, 're-mastered' version of their 2006 cult hit tale of military horror: '68. Re-presented in a single-issue format matching the book's original release, this powerful one-shot story meshes seamlessly with the continuity of the new, ongoing horror comic series and brings the 'missing chapter' to a whole new generation of rabid readers.