A random act of kindness can be damning. When a man witnessed the ruthless beating of an innocent woman, he rushed to help her and was brutally murdered for his trouble. Now driven by revenge, sorrow, and guilt, the woman enacts arcane forces to resurrect him. From out of the earth he'll rise, a twisted, worm-riddled monstrosity forced to carry out vengeance to maintain whatever life he has left, all while confronting the unimaginable truth of his new, hideous existence. Is he forever damned to be a rotting monster driven by an insatiable bloodlust...or is it possible to shed the curse and return to normal? The torment belongs to the living nightmare they'll call Fleshdigger. God help anyone who gets in his way! From Harvey Award nominee SHANNON ERIC DENTON (GRAVESLINGER, Common Foe) and screenwriter BRAD KEENE (The Grudge 3) and artist ALEX SANCHEZ (Fathom: Blue Descent) comes a tale of supernatural horror! 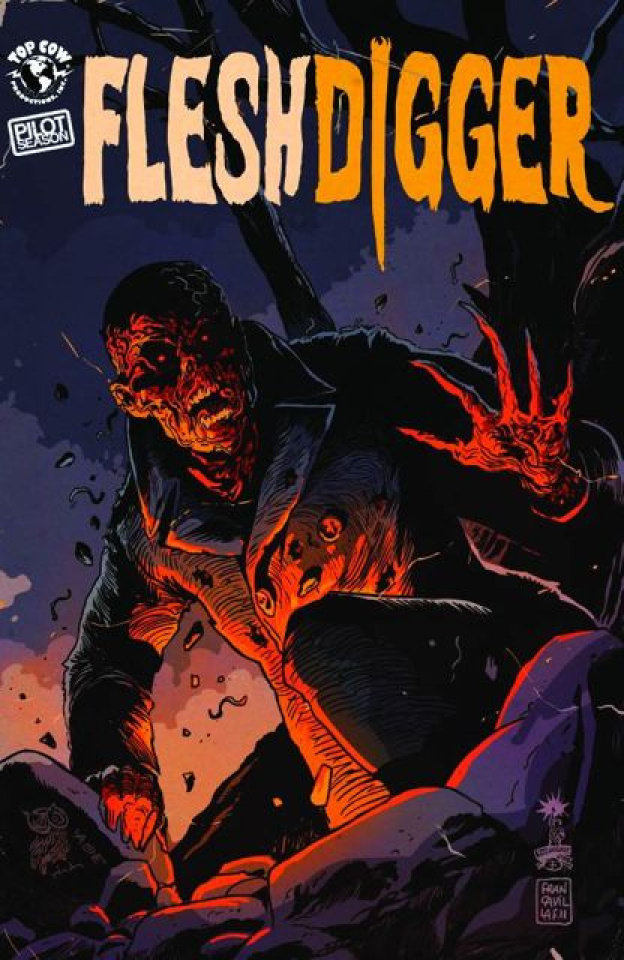