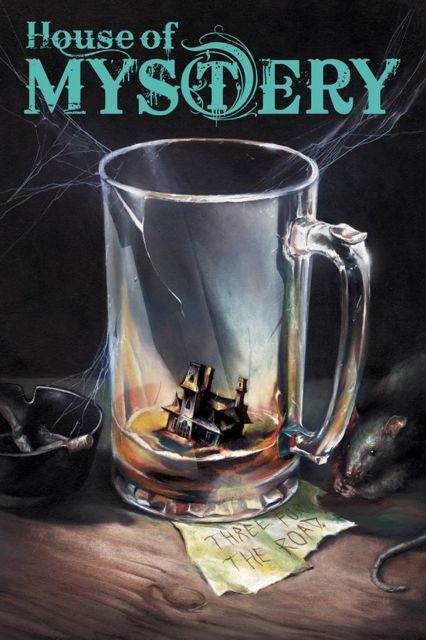 Whatever happened to the House of Mystery? Legend tells of a magical place where beings from many worlds met to share their stories, where the price of a drink was a well-told tale. Now, many years later, three travelers happen upon the ruins of that legendary establishment, long since abandoned. But how did its story come to an end? Three very different versions of that mystery are told - but which one is the truth? Find out in "Three for the Road," a triptych of tales penned by Matthew Sturges, Bill Willingham, with a reunion of the HOUSE OF SECRETS team of Steven T. Seagle (AMERICAN VIRGIN) and Teddy Kristansen (THE SANDMAN MIDNIGHT THEATRE).