80,000 ordinary people vs. the Squad! Well, they're not really "people." Not anymore. With an entire sports stadium on lockdown following the outbreak of an unknown virus, Deadshot, Harley Quinn and the rest of the Squad must sneak past a military perimeter and fight their way through the infected to retrieve... "it." What is "it"…? Brace yourself for a stomach-churning reveal as the most brutal version of the Suicide Squad soldiers on! Plus: Bring a body bag – it's the team's first Squad fatality! 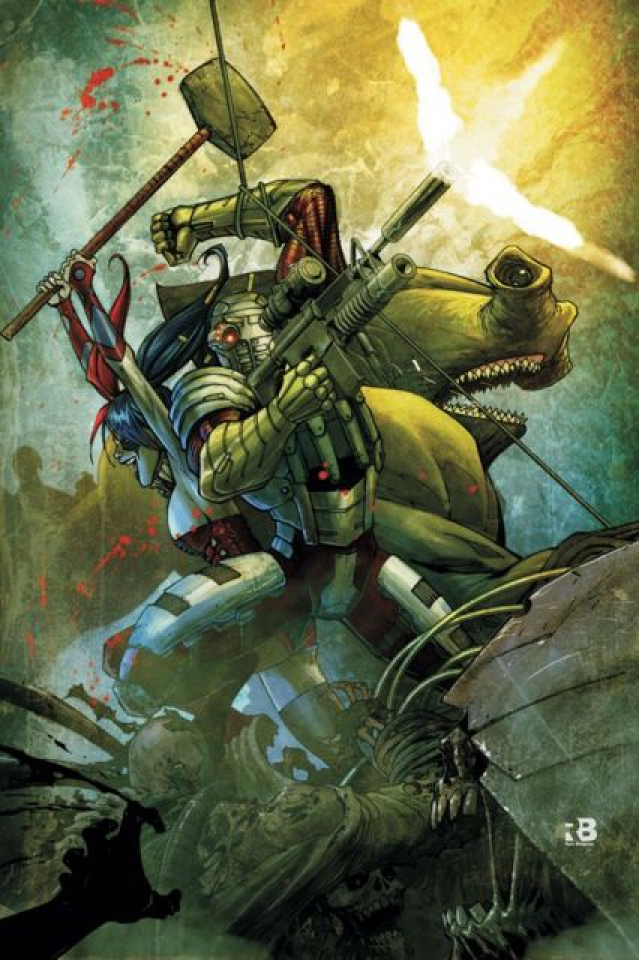