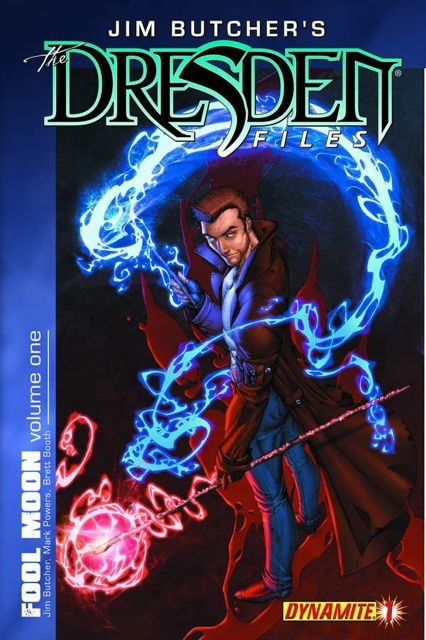 Harry Dresden`s life is a mess. His top client (and close friend), Lt. Karrin Murphy no longer trusts him. Chicago`s underworld and the cops alike think he`s mobster Johnny Marcone`s supernatural enforcer. And the enigmatic White Council continues to view him with suspicion. If all that weren`t enough, a pack of werewolves have unleashed a wave of terror on the Windy City. But as is always the case when it comes to the creatures of the Nevernever, there`s far more going on than meets the eye. Before it`s all over, Harry will find himself caught between friends, enemies, and arcane forces bent on his destruction. Is it any wonder he can`t find a date? Expanding on Book Two of Jim Butcher's NY Times bestselling saga, and featuring writer Mark Powers and artist Brett Booth, Fool Moon starts with a bang and doesn't let up!