They are taking over... From the innovative mind of acclaimed movie producer Gale Anne Hurd, and written by superstar writer and visionary Scott Lobdell, comes this summer's biggest blockbuster new series - THE SCOURGE! With New York City completely overrun by its infected inhabitants, all transformed into gargoyle-like monstrosities, Griffin risks life and death in order to reach his son half way across town! But even his SWAT team father might not be enough to save Jonathan Griffin from becoming one of the bloodthirsty Scourge! And, now that the army has arrived on the scene, has the situation gotten better...or worse?? Featuring the astounding artwork of series artist Eric Battle, THE SCOURGE #3 is set to infect the comic book community like never before! 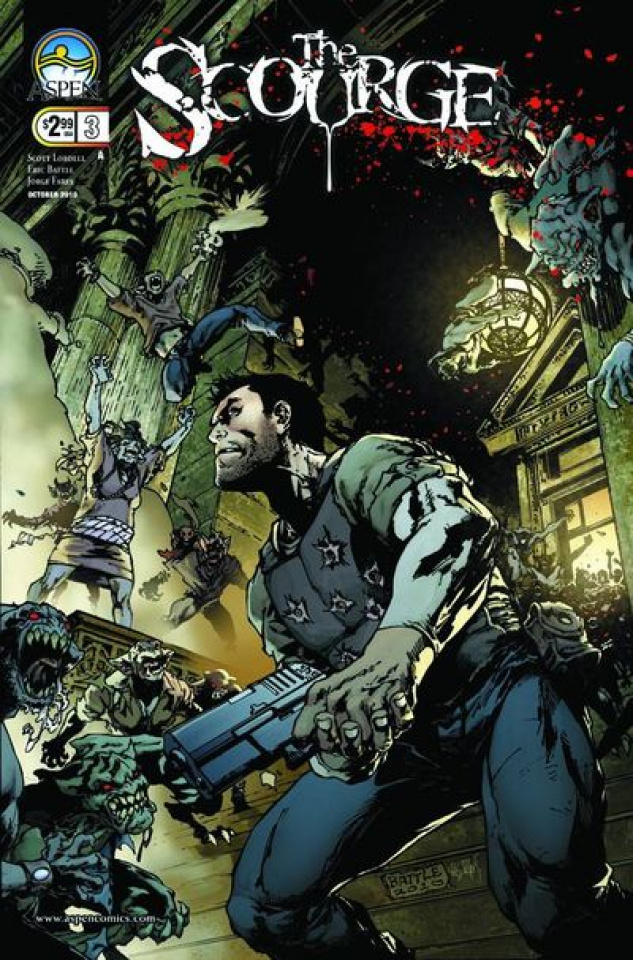