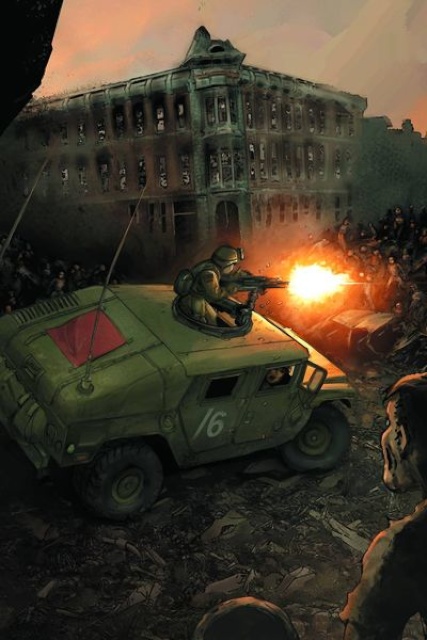 Ian and his team find themselves under attack from a roving army of marauders. Now they must fight to the death to protect not only their mission, but a small group of civilians who, against all odds, have survived the zombie apocalypse. But even if they defeat the attackers, will the victory come too late, given Ian's fateful prognosis? Brian Keene (Dead of Night: Devil Slayer) and Joe Wight (Twilight X) conclude the first story-arc in this hot new survival-horror comic series from Antarctic Press!