Thor and Beta Ray Bill have taken ill! Yggdrassil, the World Tree, has been grafted with an engine to hasten its destruction and bring about Ragnarok and the end of the world!

What mysterious villain is behind it all, and can Thor figure it out in time to save all of existence? And when the God of Thunder finds an unlikely ally in the form of Amora, the Enchantress, his longtime foe, could there be romance blossoming between these age-old enemies? 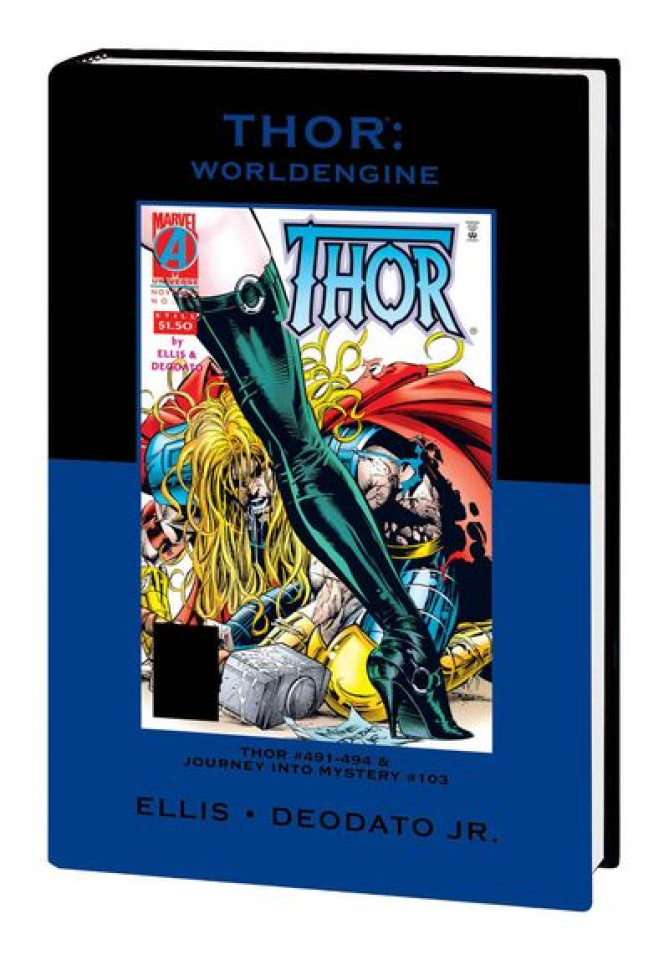