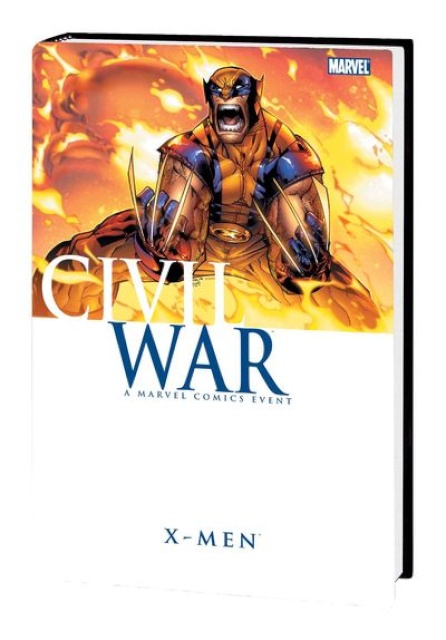 As Civil War is waged between the heroes for and against the Superhuman Registration Act, the X-Men aren't about to be left out! As Wolverine hunts Nitro, the villain responsible for the Stamford disaster, he comes to blows with the Sentry, S.H.I.E.L.D. and Namor the Sub-Mariner! X-Factor takes a surprising stand against registration! Cable joins the rebels, while Deadpool signs on with the government! Factions within the government have the world's 198 remaining mutants right where they want them, and Bishop-newly enrolled-is determined to do his part! Collecting WOLVERINE #42-48, X-FACTOR #8-9, CABLE & DEADPOOL #30-32, CW: X-MEN #1-4, BLADE #5, CIVIL WAR FILES and CIVIL WAR: BATTLE DAMAGE REPORT.