It's a lucky seventh volume chock full of memorable X-Men moments by the classic creator combo of Claremont and Cockrum! First up, Kitty's leaving the School For Gifted Youngsters. Her new academic destination? The Massachusetts Academy, run by none other than Emma Frost, the Hellfire Club's White Queen-setting up the inevitable showdown between the X-Men and Sebastian Shaw's minions, with a classic, no-holds-barred, Storm/Emma catfight in the clouds! Next, it's the immortal 'Kitty's Fairy Tale,' a storybook fantasy that introduced Kitty's loyal pet dragon, the lovable Lockheed! Then, the first half of the all-time great 'Brood Saga,' with four-issues of space operatics starring the Starjammers, the Shi'Ar, and those disgusting parasites from beyond the outer limits, the Brood! Topping off this marvelous mutant Masterworks is the return of Rogue and Mystique's Evil Mutants and the coming of Dracula in a tale only Bill Sienkiewicz could draw! Throw in a double-sized annual team-up with the X-Men and Fantastic Four combining forces against the Badoon, and, just because we love ya, Avengers Annual #10, featuring the first appearance of Rogue and her pivotal meeting with Ms. Marvel, and this is indeed the most masterful way to start off a blockbuster new year of MARVEL MASTERWORKS! Collecting UNCANNY X-MEN #151-159, X-MEN ANNUAL #5 & AVENGERS ANNUAL #10. 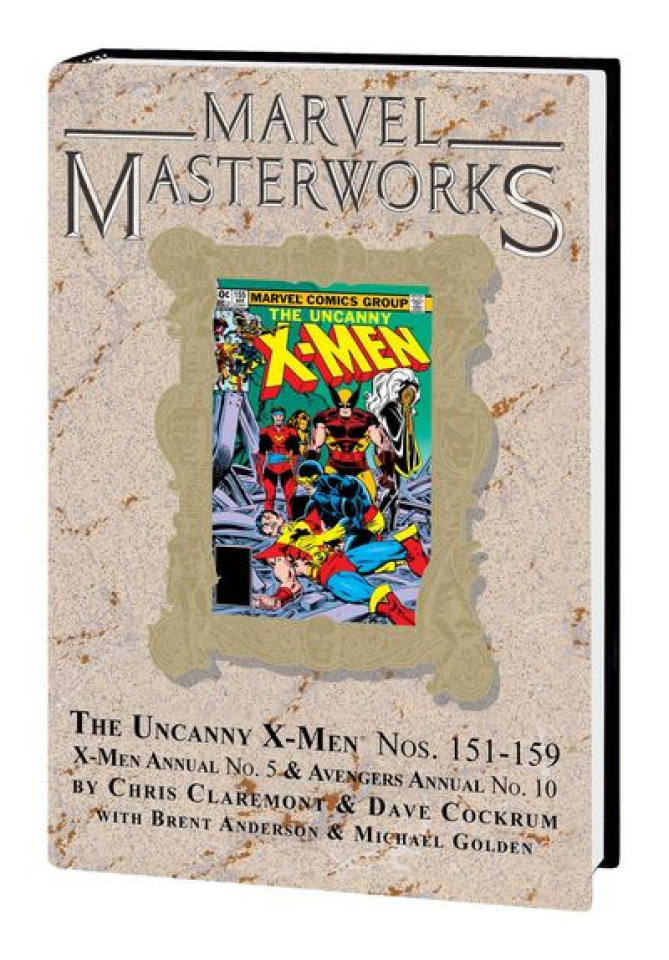