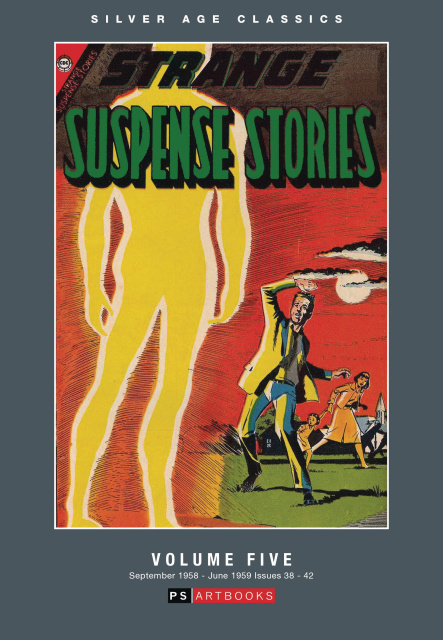 Charlton's not to be underestimated Strange Suspense Stories boasted a huge roster creative of talents - Dick Giordano, Gene Colan, Sol Brodsky, Bill Molno, Rocco Mastroserio, Charles Nicholas,Tony Talarico, Bill Fraccio, Matt Baker. And, of course, Steve Ditko whose moody, individualistic touch came to dominate Charlton's supernatural titles and, of course, led to deserved fame over at Marvel and with a kid called Parker and a hero who could swing from skyscraper tops on a gossamer web that he fired from his wrists. But before that, Charlton's shining light, Steve Ditko was at his best in this run of Strange Suspense Stories.