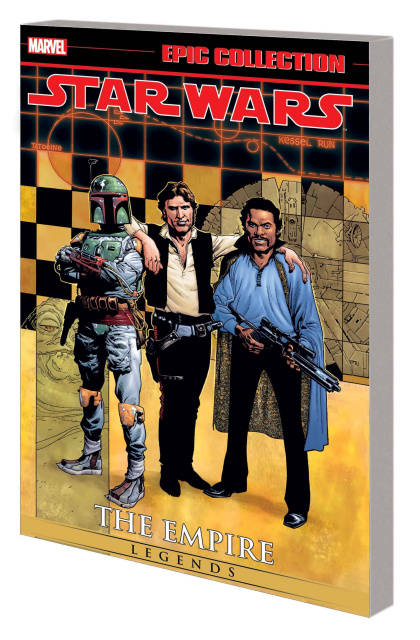 The Empire rules the galaxy - but for how long? When high-level Imperial officers plot to overthrow the Emperor, Vader must stop them - with the help of Boba Fett! Meanwhile, when a survivor of Fett's very first mission surfaces, Fett must choose whether to help him - or finish the job! And when Fett is seemingly killed, his child and her mother become unwitting targets. Plus: Other bounty hunters have become interested in a very special prize Fett wants for himself, with a scheme that draws the attention of scoundrels Han Solo, Chewbacca and Lando Calrissian!