The dark forces of Leviathan have torn through the DC Universe, and now no one can be trusted. No one…not even the person writing to you about this book! That's why you find out in Justice League #63 that Green Arrow has been secretly funding a group called CHECKMATE because not even the Justice League itself can be trusted. The mysterious MR. KING has helped Green Arrow assemble the greatest team of super—spies the world has ever seen! LOIS LANE, THE QUESTION, ROBIN, STEVE TREVOR, MANHUNTER, BONES, and TALIA Ah GHUL! will have to outsmart the smartest people in the world before they destroy everything! PLUS! A new mystery character is tip toeing though the shadows! They call him…the DAEMON ROSE! And he is hunting Lois Lane right under Superman's nose! It's an all–new spine-chilling thriller from the Eisner Award-winning team of Brian Michael Bendis and Alex Maleev! 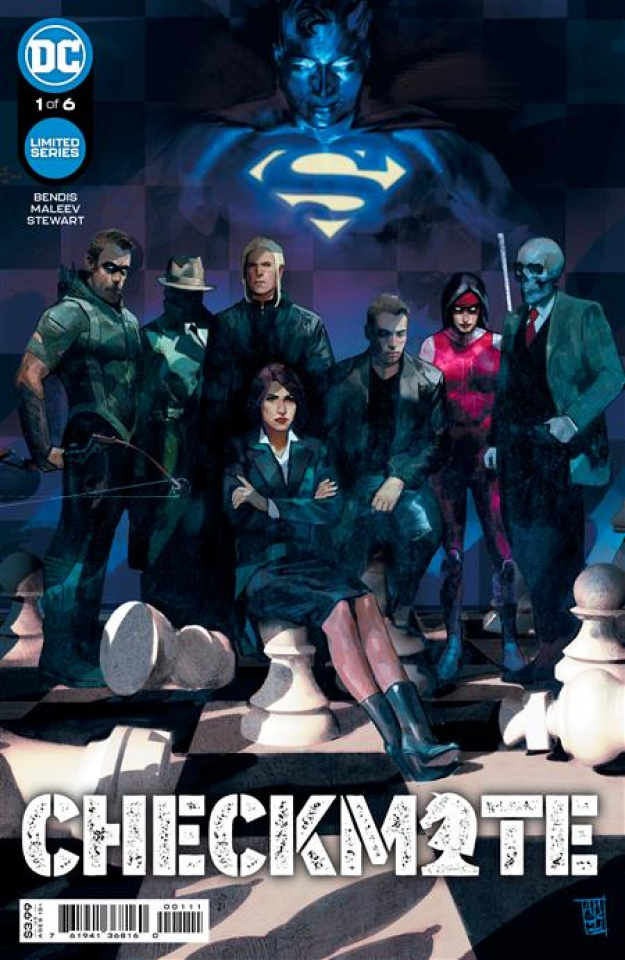