Following up on the success of Pashmina, Nidhi Chanani delivers another story about family and friendship, tinged with magical realism-this one featuring a time-traveling jukebox. A mysterious Jukebox, old vinyl records, and cryptic notes on music history, are Shaheen's only clues to her father's abrupt disappearance. She looks to her cousin, Tannaz, who seems just as perplexed, before they both look at the Jukebox which starts...glowing? Suddenly, the girls are pulled from their era and transported to another time! Keyed to the music on the record, the Jukebox sends them to decade after decade of music history, from political marches, to landmark concerts. But can they find Shaheen's dad before the music stops? This time-bending magical mystery tour invites readers to take the ride of their lives for a coming-of-age adventure. 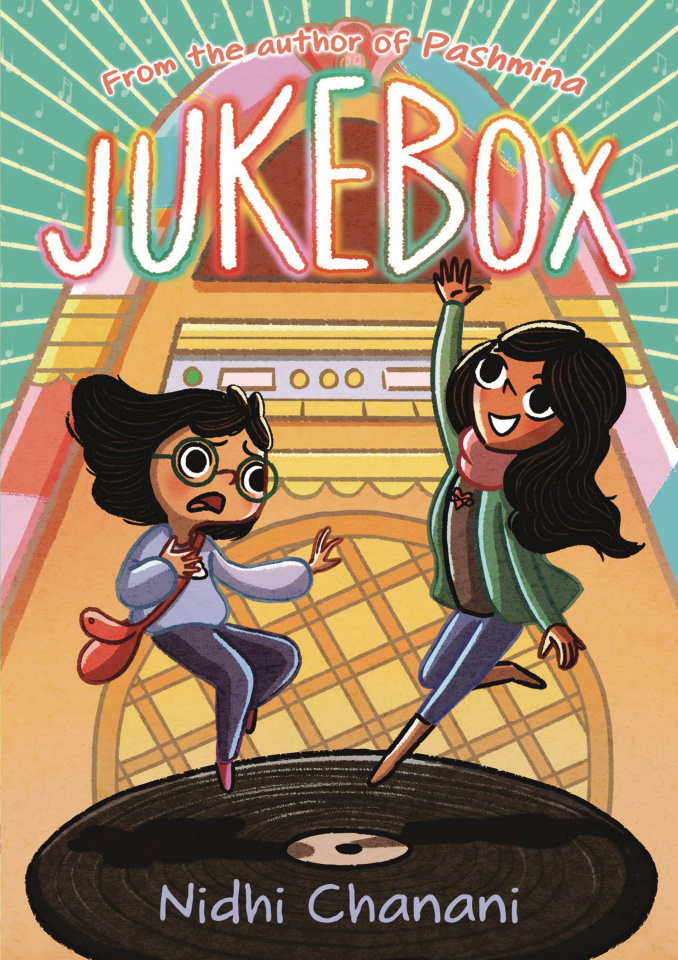