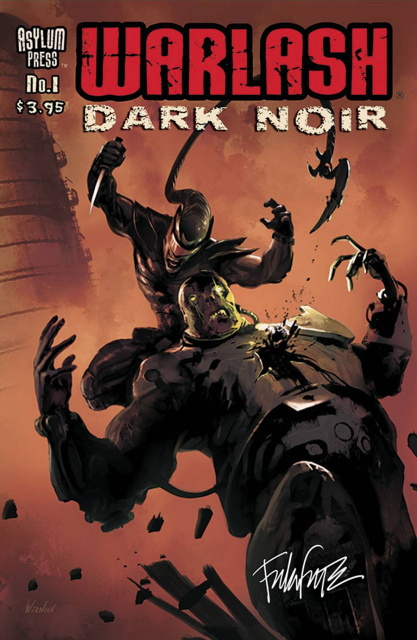 Giant sized first issue! Warlash, armored warrior of the apocalyptic future, is reintroduced in with four tales of hard boiled crime noir terror. In "Phlegm Fatale" by Frank Forte, Warlash battles a biogenic beast in the sewers below Pittsburgh. "Grubbs," with art by Steve Mannion, introduces Warlash to the seedy underside of the city he is sworn to protect. In "Wormwar" Part 1, by Szymon Kudranski, a secret formula is stolen from an underground lab and Warlash must find out who. In "The Demon," Warlash is confronted with a satanic rite and hellspawned beast they have released. Signed by creator Frank Forte with Certificate of Authenticity.