No danger is too great, no cheese too gooey for the Cosmic Pizza crew! Delivering fast, cheap, and (maybe) tasty pizza to a planet near you! From Epic Originals, Cosmic Pizza Party is a hilarious, three-book graphic novel series about friendship, pizza, and outer space! When the biggest pizza tycoon in the universe tells them the secret location of a cheese that's literally to die for, the crew jumps at the chance to take their pizza to the next level. But as they venture among the curds, they find more adventure than they bargained for. Space slugs, sandstorms, and culinary critics are just some of the dangers that the crew will have to overcome together if they want to throw the most amazing, most intergalactically awesome pizza party! 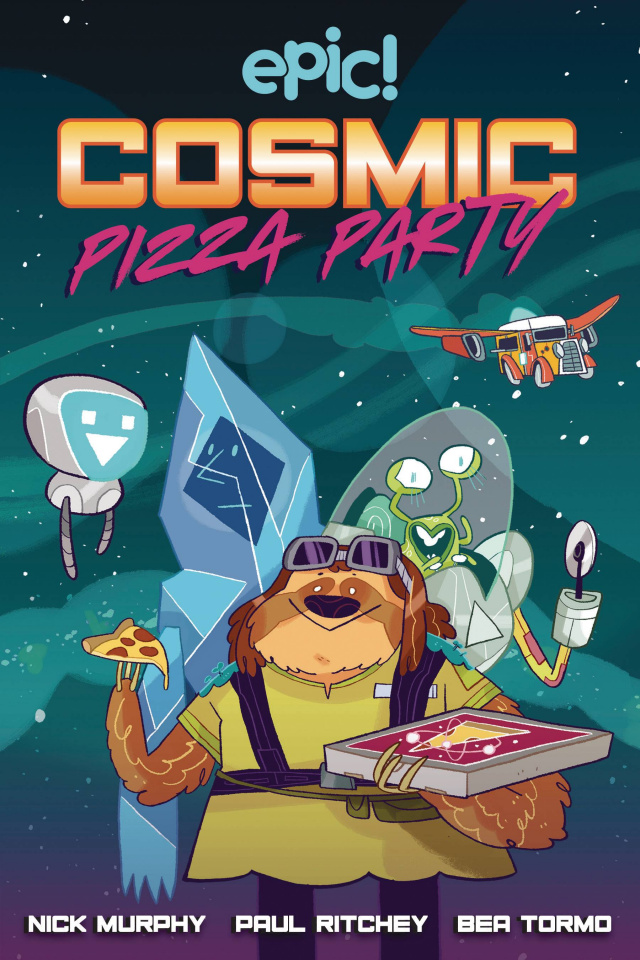