A journey into the mind of one of the biggest heads in the Marvel Universe! M.O.D.O.K. is the ruthless and brilliant leader of the terrorist organization A.I.M., outsmarting heroes and outmaneuvering cutthroat colleagues gunning for his position. But haunting memories of a family he never had leave him unsure whether he's losing his freakishly large mind or if there's something more sinister behind these visions. M.O.D.O.K.'s quest to uncover the truth will find him teaming up with the most unlikely of allies: Iron Man! But can M.O.D.O.K. untangle the mystery before his many foes take advantage of his weakness - for good? From Patton Oswalt and Jordan Blum, showrunners of the upcoming animated series Marvel's M.O.D.O.K. 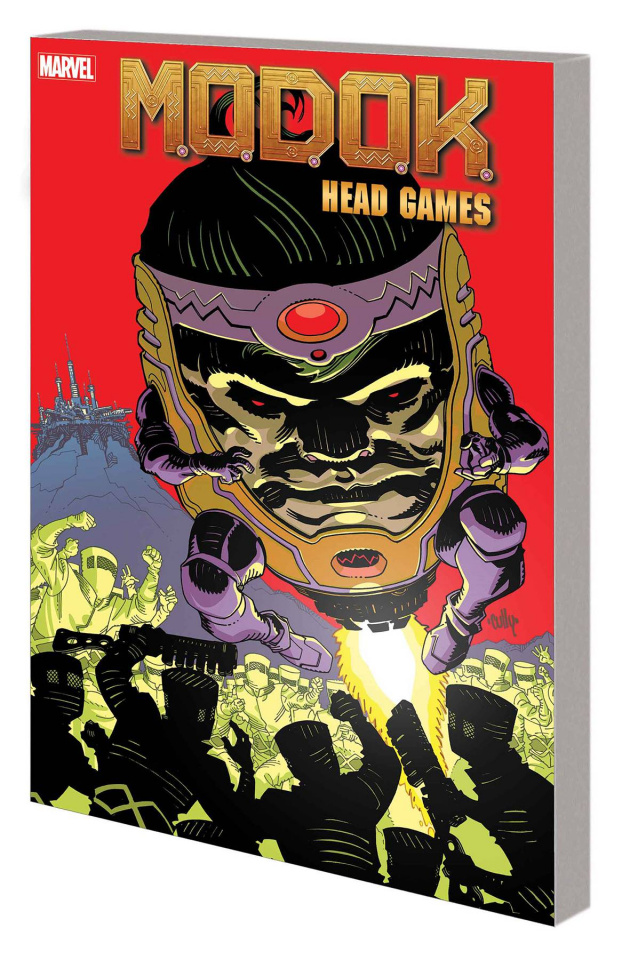