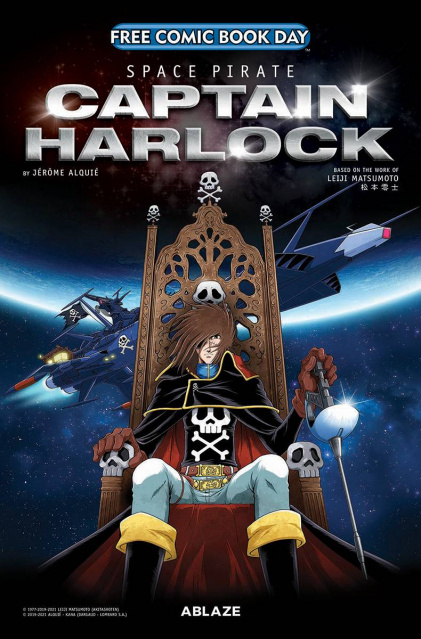 In this brand-new Captain Harlock adventure, planet Earth is threatened by an upcoming invasion by the Sylvidres and despite being banished as a pirate, Captain Harlock won't give up trying to save the world. Will Captain Harlock and his crew manage to solve this mystery and save the Earth from yet another menace? Also includes teasers for 3 highly anticipated upcoming manga/manhwa releases from ABLAZE, including The Breaker Vol 1 omnibus (critically acclaimed martial arts manhwa), Versus Fighting Story Vol 1 (Capcom e-sports shonen manga) and Crueler Than Dead Vol 1 (zombie horror seinen manga).