The Führer and the Tramp #4

When last we saw our heroes, they had apparently been sent to a watery grave, victims of Nazi sabotage. Well buckle up and face front, Tramp believers, because here's where things start getting dangerous! In this one single issue, you'll see Charlie Chaplin, Hedy Lamarr, and Errol Flynn: battling sharks; making movies with Alfred Hitchcock; dodging bombs during the London blitz; and dogfighting Nazis over the skies of merry old England! And all that's before the dramatic cliffhanger, where Charlie's inevitable showdown with Adolf Hitler himself gets real personal, real fast! 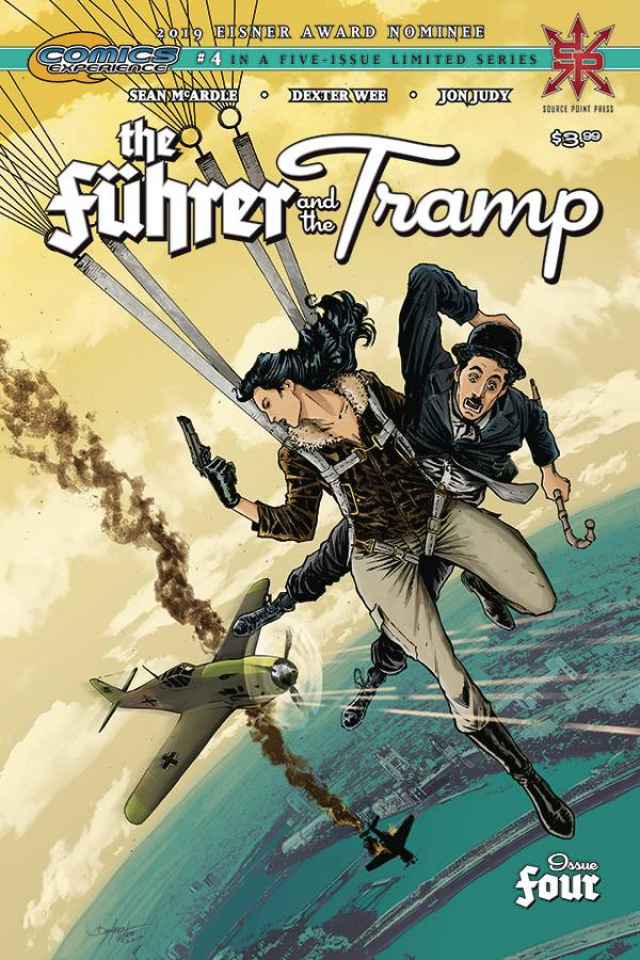