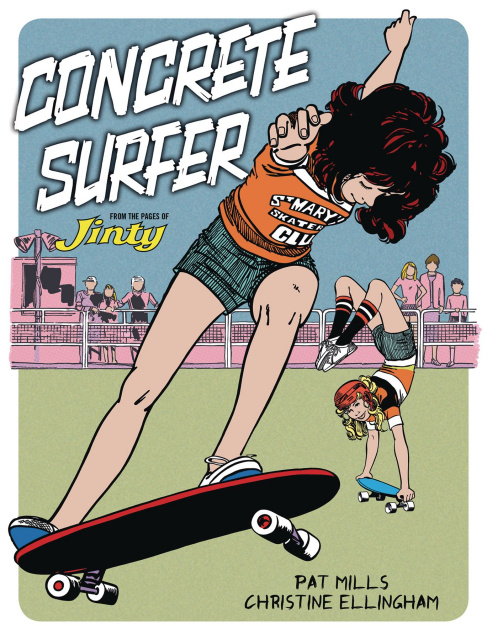 A Skateboarding rivalry, timed to coincide with skateboarding's 2020 Olympic debut! Sent home to Britain after her parents fail to establish a new life in Australia, Jean Everidge is forced to rely on family charity, moving in with her Aunt, Uncle and cousin Carol, successful gymnast, beloved of teachers and pupils alike, and all round charming "top girl". Jean has one solace left to her - skateboarding, surfing the concrete pavement, while forgetting all her troubles, and feel free. But Jean's freestyling talent soon attracts attention, and if there's one thing Carol can't stand, it's being out of the spotlight. With the new skatepark freestyle contest coming up, just how far will Carol go to stay number one?