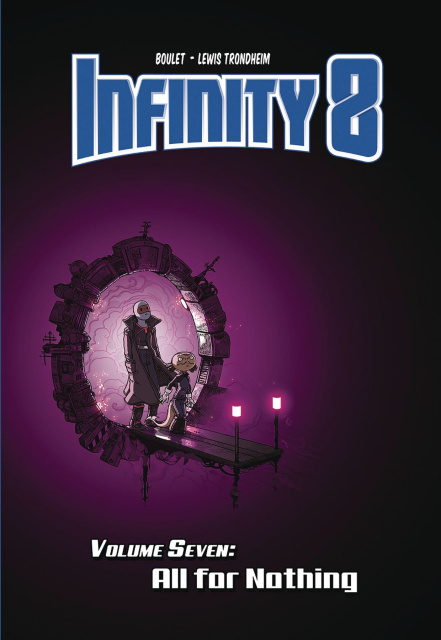 Part Seven in the eight-part pulp sci-fi epic INFINITY 8, this standalone adventure introduces us to Douglas, an average alien with average relationship issues who has been visited by a strange robot for most of his life, constantly offering him an odd talisman without explanation. Now, years later, that talisman is about to be the key to deciphering the origin of the massive galactic graveyard surrounding the Infinity 8. Answers unfold at last!