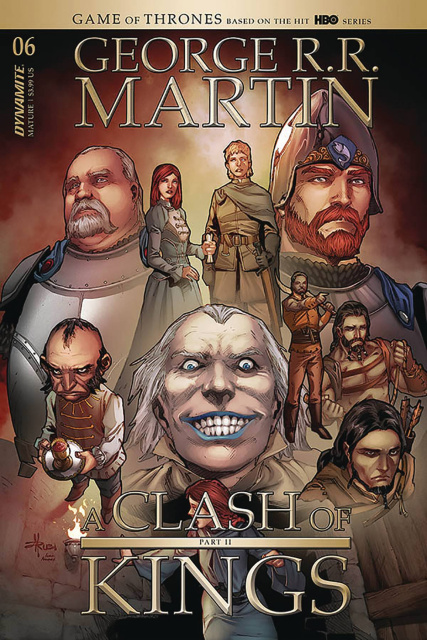 As the war rages, Lord Tywin's men probe Riverrun's defenses, pushing Edmure Tully to the battlefield in a vainglorious quest for honor. Meanwhile, in the distant land of Qarth, Daenerys accepts Pyat Pree's invitation to visit the House of the Undying, where the young leader faces visions of both the future and the past. Tensions continue to rise as the cast of George R. R. Martin's fantasy epic face the grim realities of their own mortality. All this and more in Dynamite Entertainment's bold visual adaptation of A Song of Ice and Fire.