The smash-hit series written by New York Times-bestselling writers SCOTT SNYDER (WYTCHES, A.D.: AFTER DEATH) and CHARLES SOULE (CURSE WORDS, Oracle Year, Anyone) with art by GIUSEPPE CAMUNCOLI (The Amazing Spider-Man, Darth Vader, Hellblazer), DANIELE ORLANDINI (Darth Vader), newcomer LEONARDO MARCELLO GRASSI, and Eisner Award-winning colorist MATT WILSON (THE WICKED + THE DIVINE, PAPER GIRLS) gets its first collection! Journey into an unknown region that was once the United States of America-a land that's become shrouded in mystery and literally walled off from the rest of the world for well over a century. Two small expeditions enter the former US simultaneously-one from the east, one from the west-and travel inward, each seeking their own form of truth as they struggle to survive in this strange and deadly lost continent! 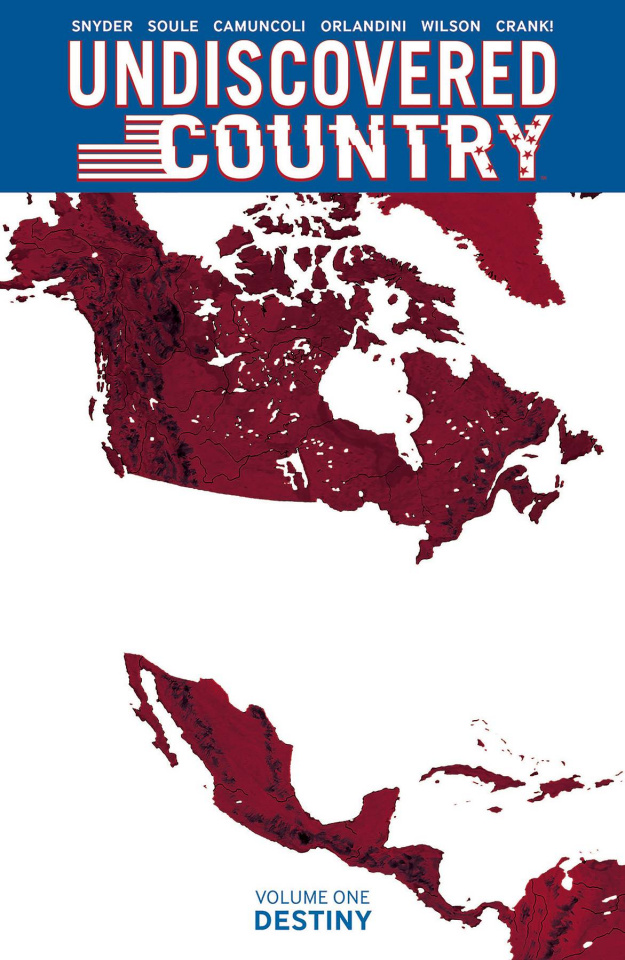