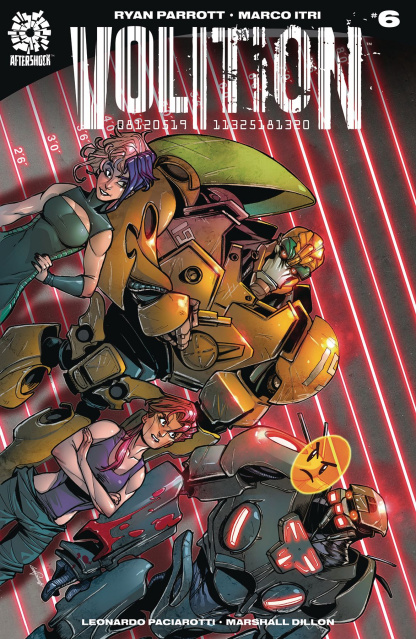 With our heroes divided, Hale-19 must seek help from the most unlikely of sources as Amber-7T learns the dark secret behind the origins of RUST. Hope may be found, but lives will be lost in the climax of AfterShock's futuristic robot buddy comedy. From writer Ryan Parrott (Mighty Morphin Power Rangers, Star Trek, Batman: The Gates of Gotham) and new artist sensation Marco Itri, witness the birth of Artificial Intelligence in After-Shock's bold sci-fi adventure series.