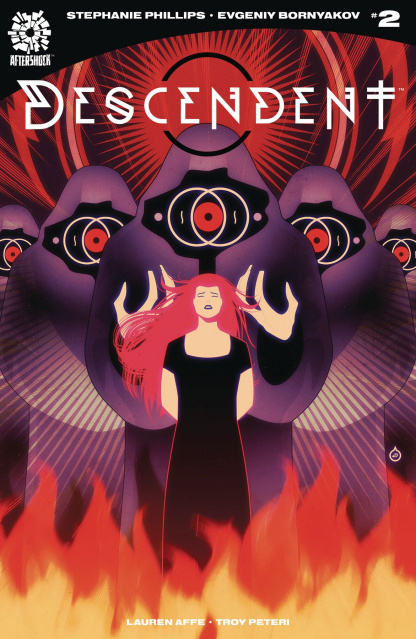 Missing kids, a mysterious cult, and one very angry ex-wife-seems like a typical Tuesday for conspiracy theorist David Corey. While David appears crazy to most, he might just be the only chance the FBI have of finding the missing kids and solving a centuries old mystery. Will FBI agent Joanna Hernandez learn to trust David before it's too late? From the creative team of Stephanie Phillips (Devil Within, Kicking Ice), Evgeniy Bornyakov (Meteora, Ziggy) , Lauren Affe (Stranger Things, Spider Gwen), and A Larger World's Troy Pe-teri, DESCENDENT is an action comedy that asks what happens if you combine The X-Files and National Treasure. (No, Nick Cage is not in this comic. Sorry, everyone.)