The Amazing World of Gumball Vol. 7: The Storm

A big ol' storm has set its sights on Elmore but the Watterson family isn't going to let some bad weather spoil their day, at least not until everything starts going wrong! After a power outage forces Gumball and Darwin to figure out how to have fun without video games-not an easy task-Richard leads a catastrophic attempt to fix a leak in the ceiling so one measly puddle will cease driving his household absolutely crazy. It's one calamity after the other as the Watterson's try and make it to bluer skies! It's is a downpour of good-hearted humor and fun from writer Kiernan Sjursen-Lien (Over the Garden Wall ) and artist Shadia Amin! 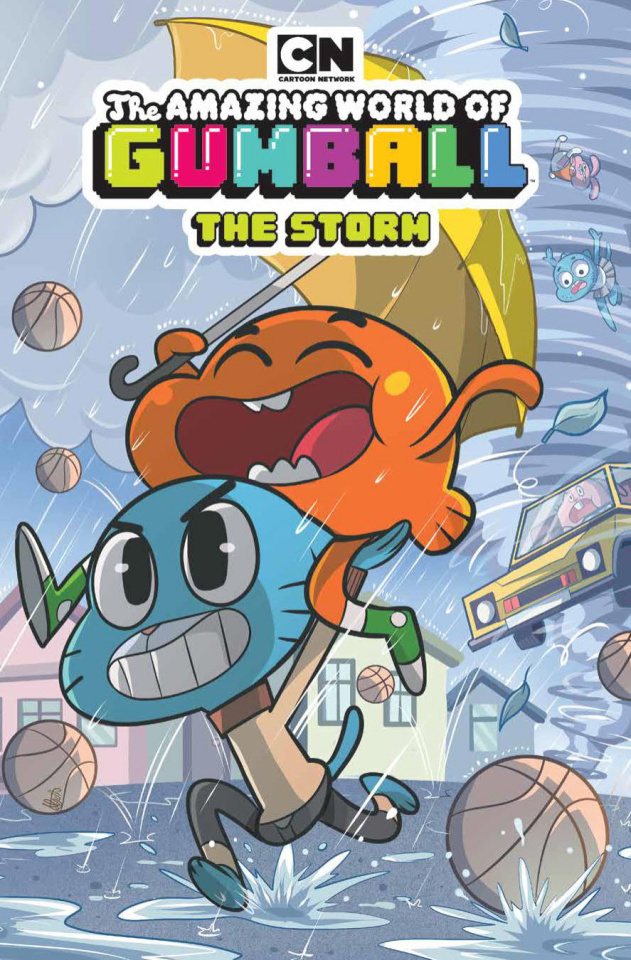 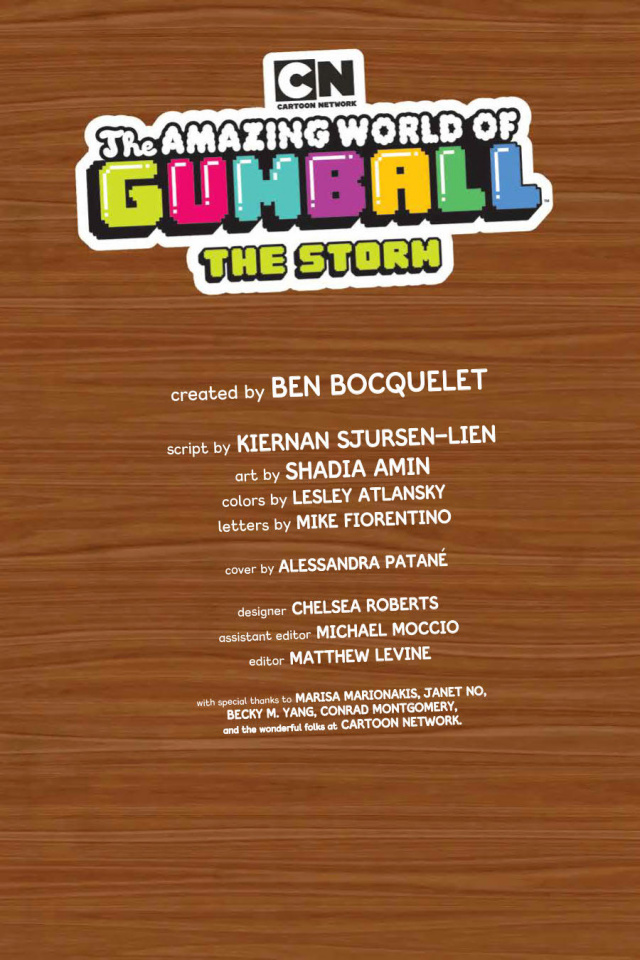 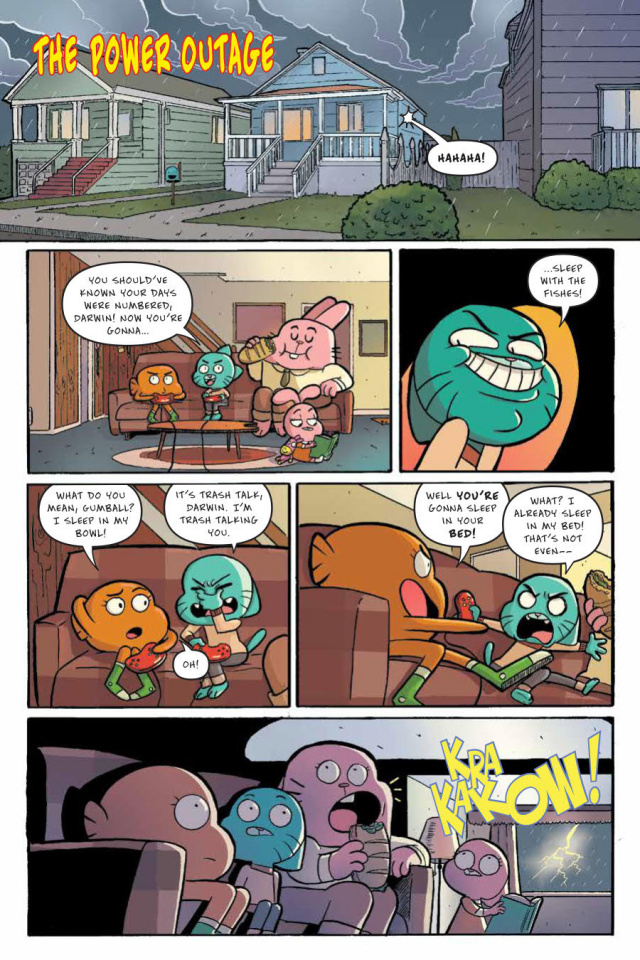 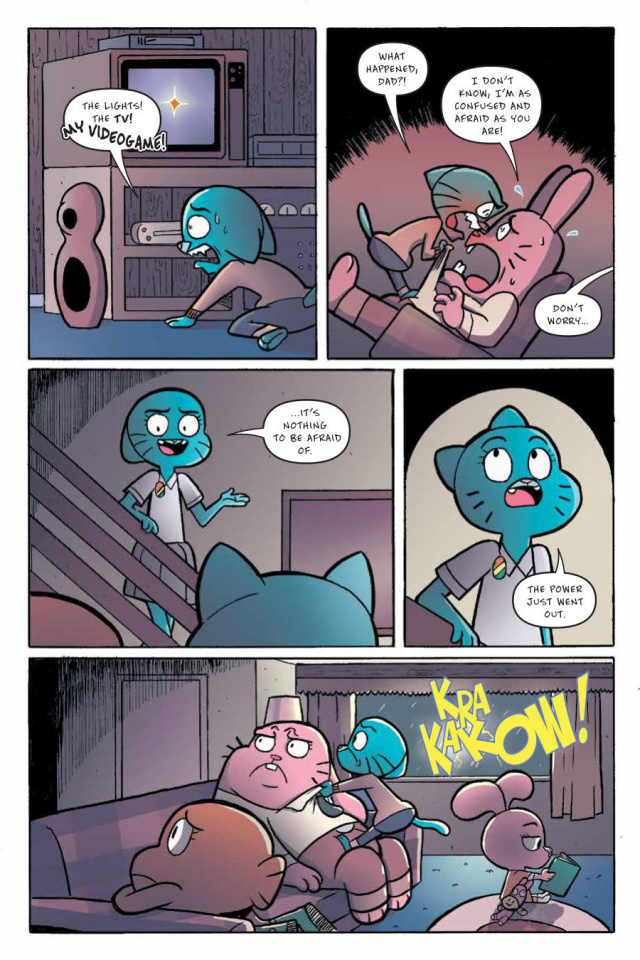 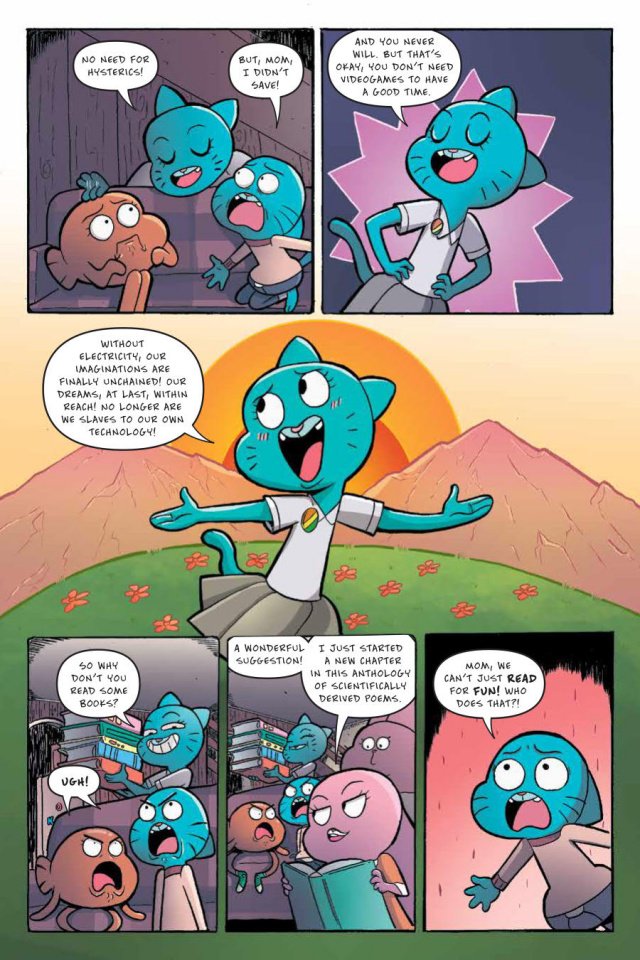 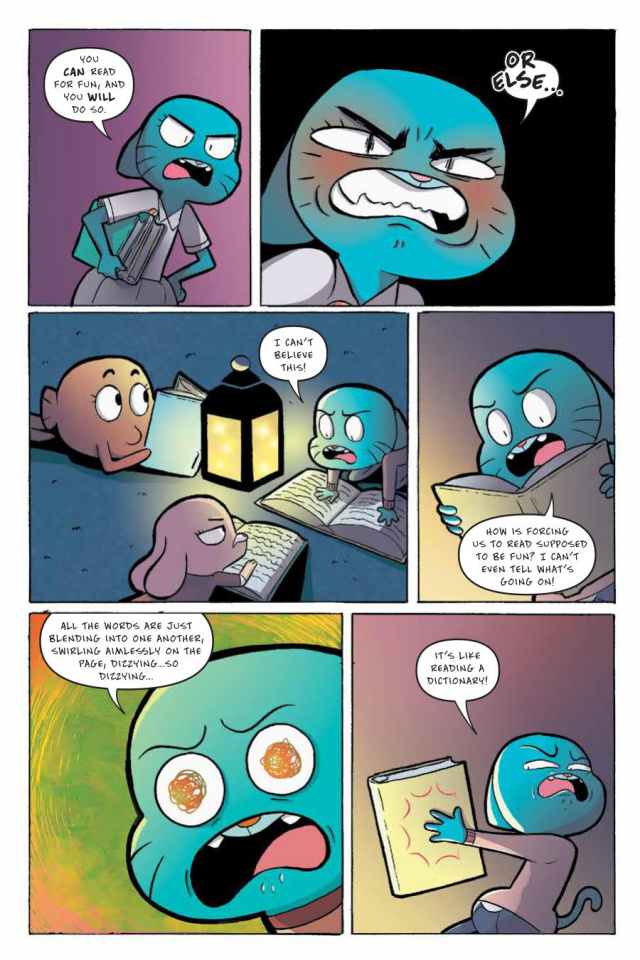 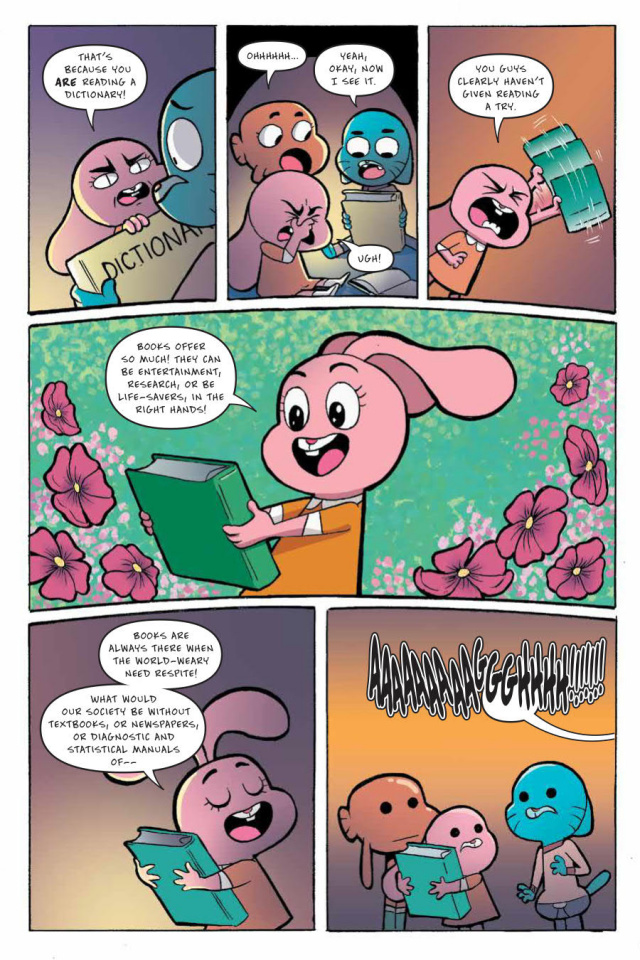 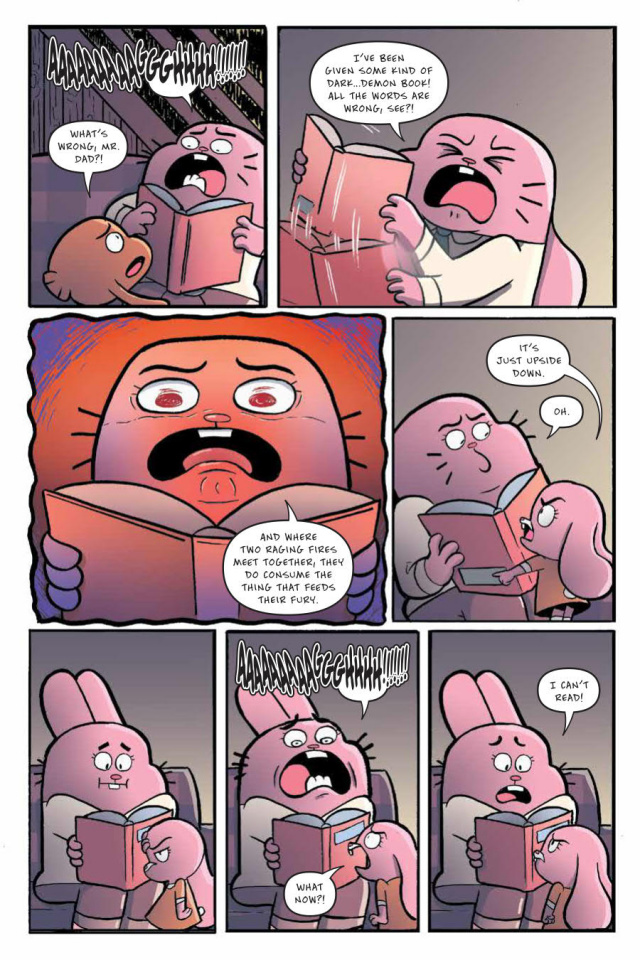 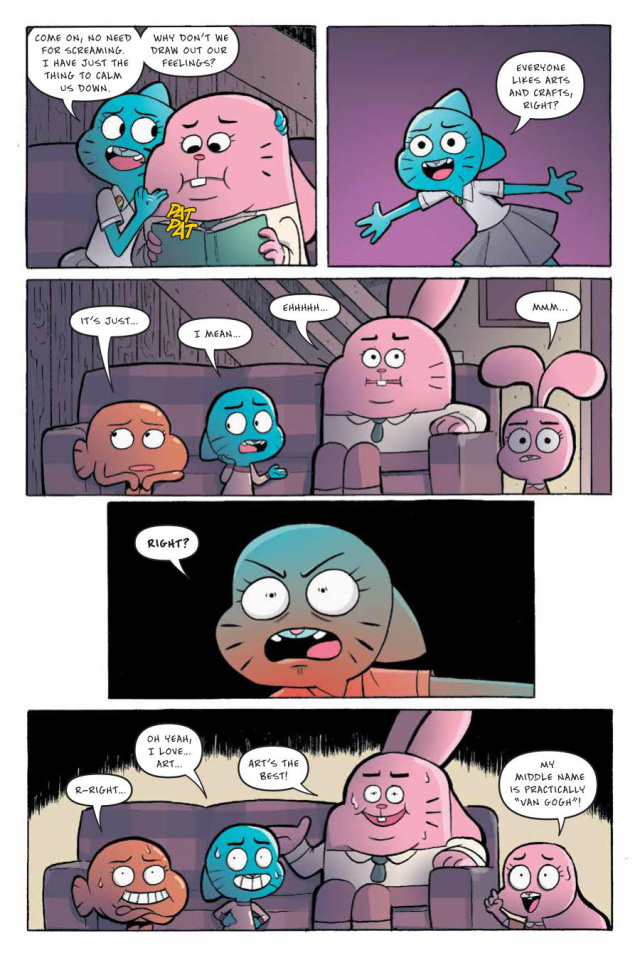 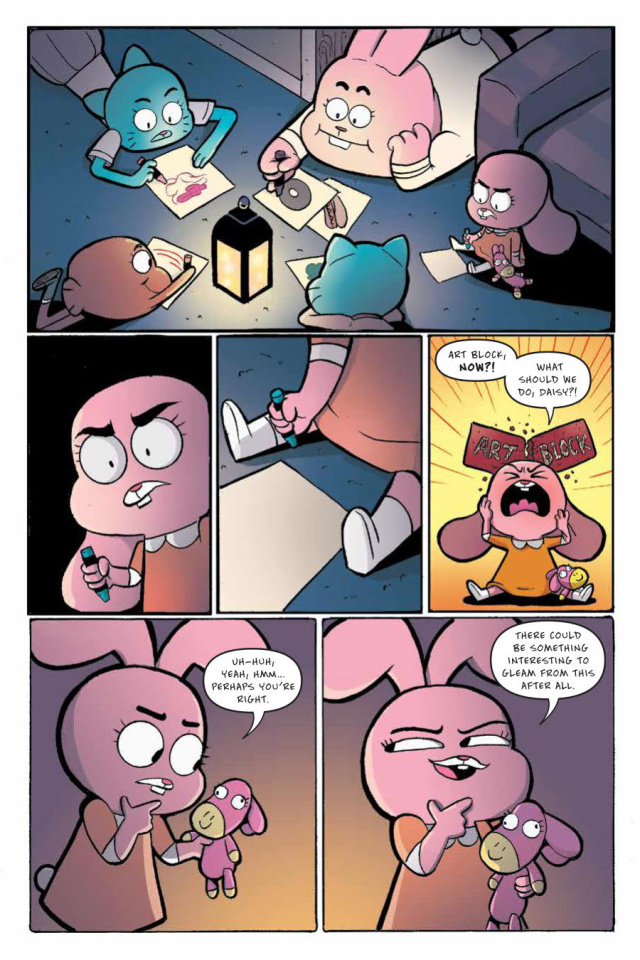 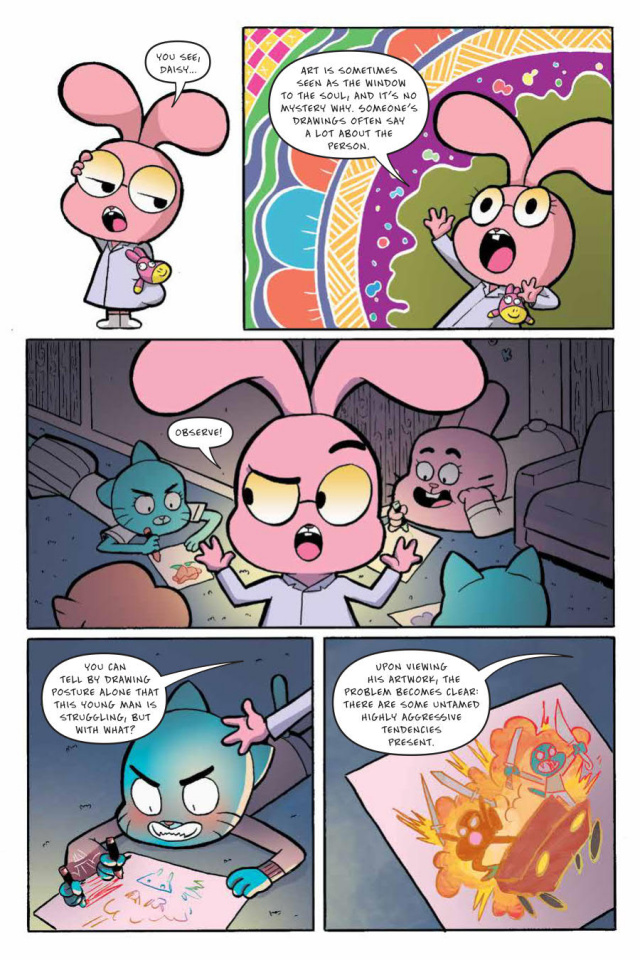 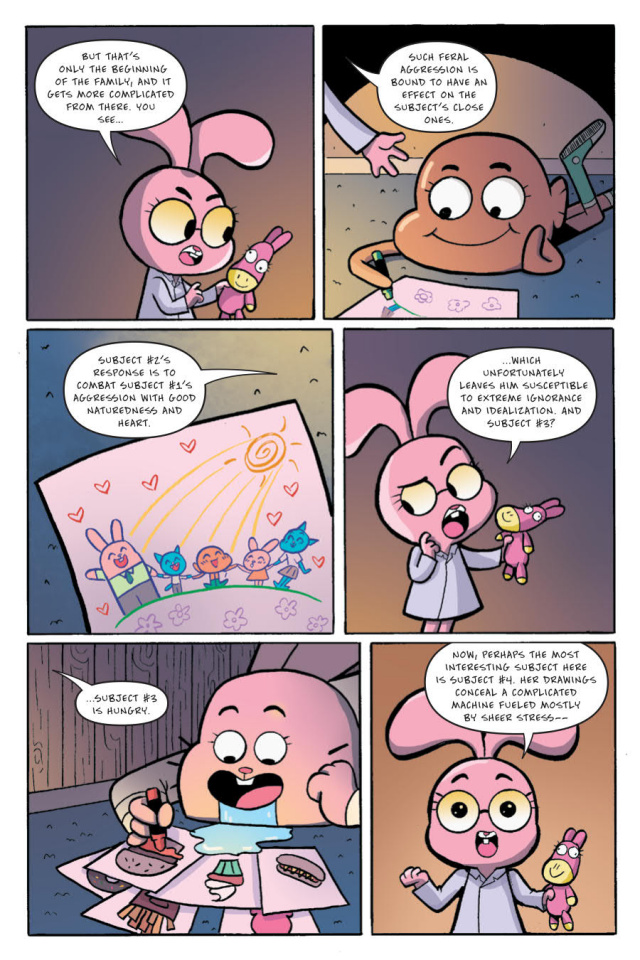 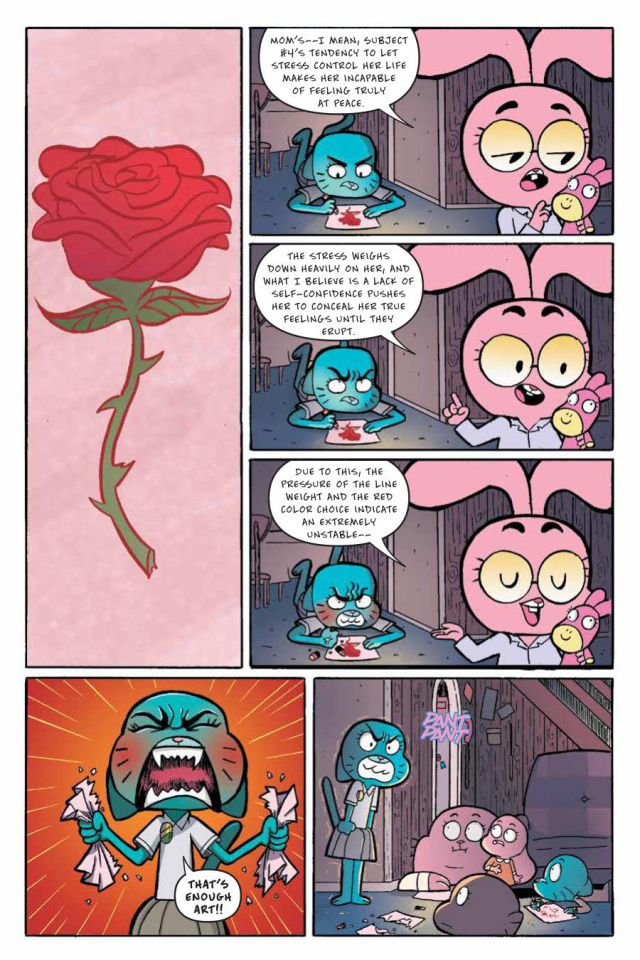 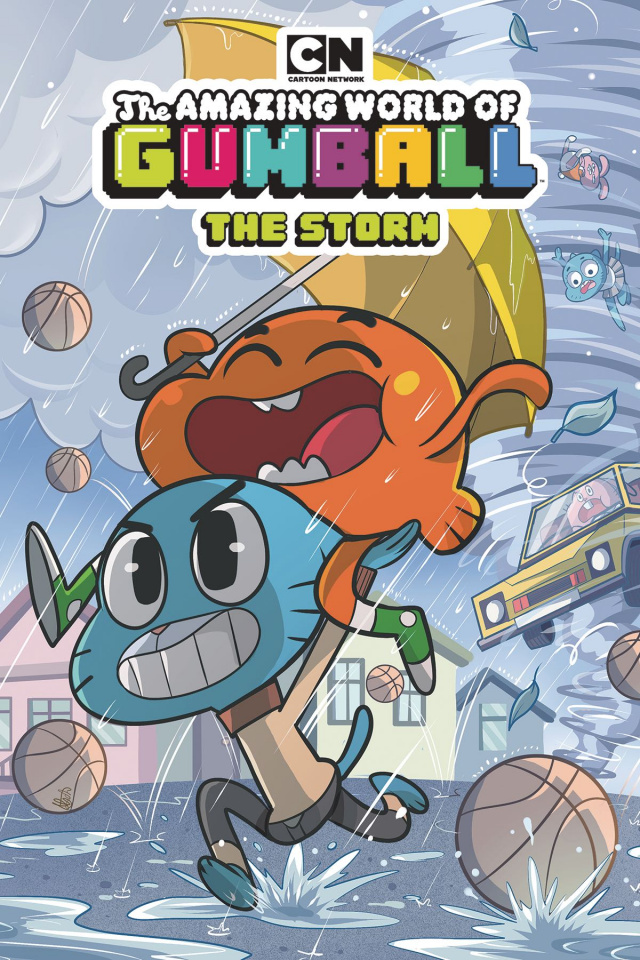