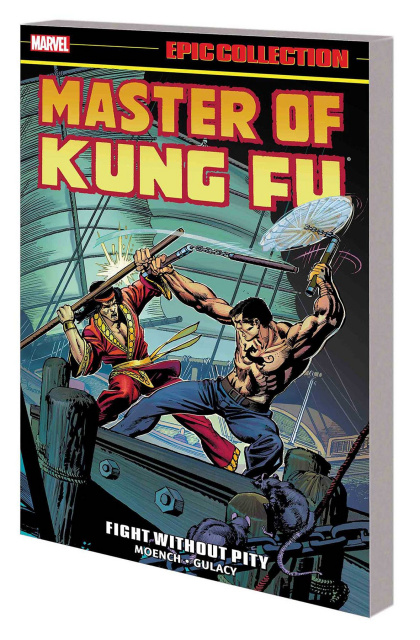 MASTER OF KUNG FU easily ranks as one of the most iconic series in Marvel history. Doug Moench and Paul Gulacy's blend of kung fu action and globetrotting espionage reached beyond the already high standard for the title and pushed it to new horizons of action and adventure! Experience the thriller "Crystal Connection;" the debuts of the whip-cracking Pavane, the savage Razor-Fist and the lovely Leiko Wu; the showdown on Mordillo's Island; the cinematic Hong Kong fight against the Cat; the tense intrigue of "Oriental Expediters;" the mystery of MI-6's mole; and the sweeping scale of "The Return of Fu Manchu!" Each adventure will have you on the edge of your seat, so don't hold back! Enter the world of Shang-Chi!