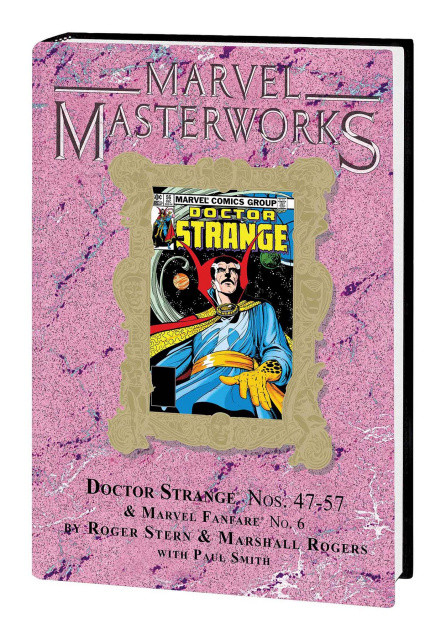 This Halloween, the Marvel Masterworks cast an enticing spell with the newest volume of Doctor Strange! All-time great writer Roger Stern joins a host of the best artists ever to draw the Master of the Mystic Arts. The result? Pure magic. The tales in store feature the return of classic enemies such as Nightmare, Baron Mordo and Dormammu; introduce Morgana Blessing; team Stephen Strange with Brother Voodoo; draw Clea into a war for the Dark Dimension; and send Strange back in time - both to ancient Egypt alongside the Fantastic Four and to World War II with Nick Fury! Painstakingly restored and packed with extras galore, this amazing tome honors one of greatest eras in Doctor Strange's history.