The Hand has teamed up with the evil wizards of the Hyborian Age to summon a death god from a celestial hell. The only thing standing between Earth and destruction is the Savage Avengers: Conan, Wolverine, Punisher and Voodoo. Plus: Logan donates blood, changing one Avenger forever. And Conan discovers a dark secret squirming in a genie bottle. Your new favorite ongoing series is knives out in its second chapter. 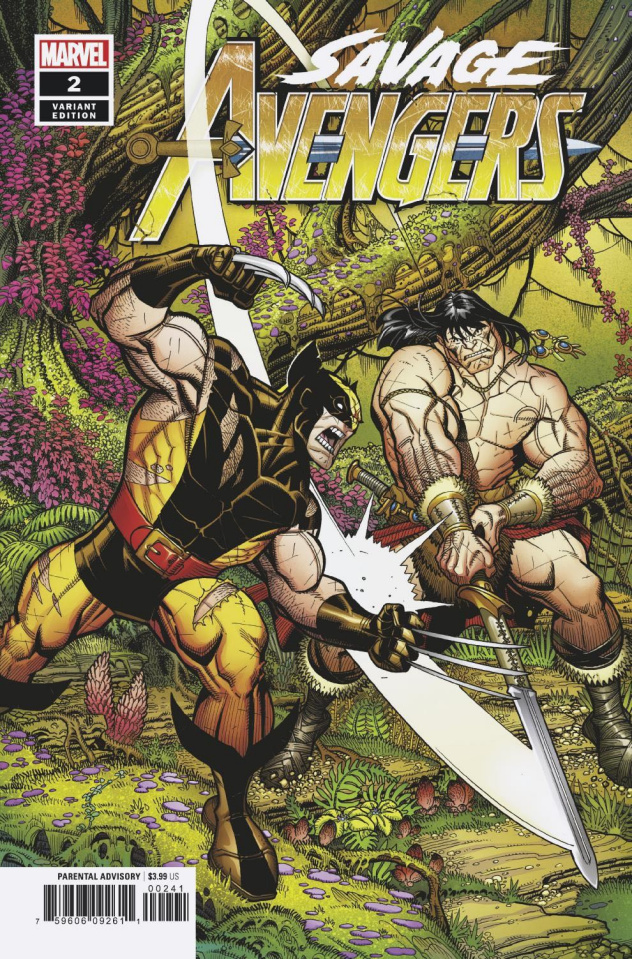