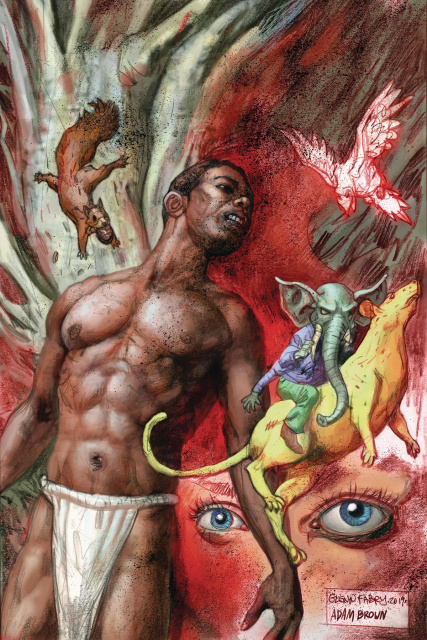 American Gods: The Moment of the Storm #3 (Fabry Cover)

While caged to a giant tree, Shadow is visited by multiple bizarre creatures and comes to a revelation about his journey through the god war! The Hugo, Bram Stoker, Locus, World Fantasy, and Nebula Award-winning novel and hit Starz television series by Neil Gaiman is adapted as a graphic novel!