Rickety Stitch and the Gelatinous Goo Vol. 2: The Middle-Route Run

Nimona meets Adventure Time in this full-color graphic novel as a singing skeleton continues to search for his origins alongside his gelatin monster sidekick!

Rickety Stitch is a walking, talking, singing skeleton minstrel, the only animated skeleton in the dungeon who seems to have retained his soul. He has no idea who he used to be when he was covered in a living, breathing sack of meat and skin. His only clue to his former identity is a song he hears snippets of in his dreams, an epic bard's tale that could also explain the old fog covering the comical fantasy land of Eem...

Oh, and his sidekick and only friend is a cube of sentient goo.

In this pulse-pounding second volume, Rickety runs afoul of reanimated beasts, giant spiders, and a caravan of rowdy raiders on his quest to uncover the secret of Epoli and learn his true origins. 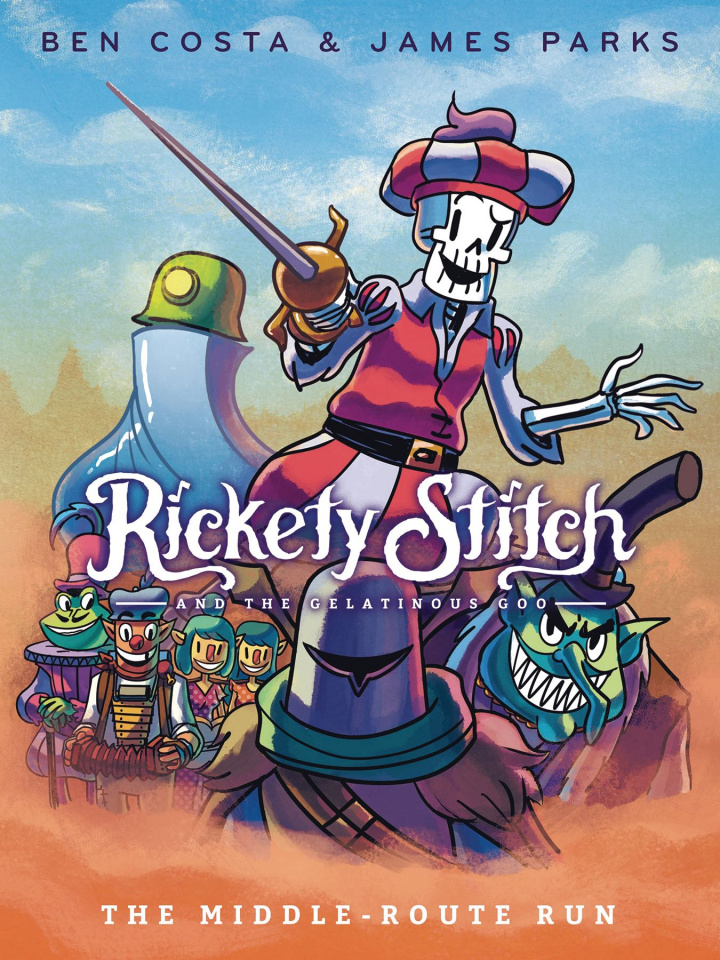