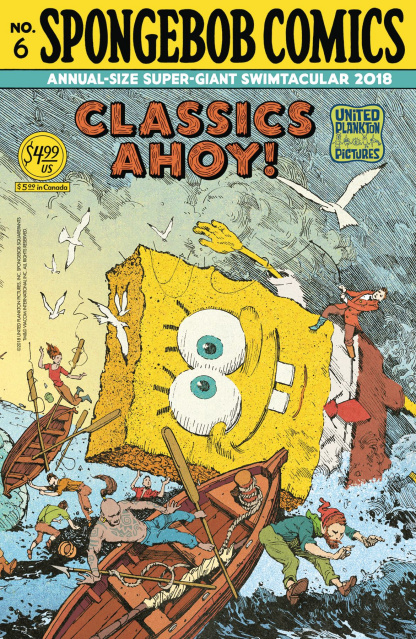 Why are SpongeBob, Patrick, Squidward, and Mr. Krabs starring in a Bikini Bottom mashup of 20,000 Leagues Under the Sea, Treasure Island, Moby-Dick, and more maritime masterpieces? It's simple: The dread Censor Ship has ordered SpongeBob Comics' creative crew, the United Plankton pirates, to clean up their act - or walk the plank! Henceforth, all SpongeBob Comics must be educational and literary, to boot! But as SpongeBob and friends go on their highfalutin' quest through a bunch of literary rip-offs-er, homages, the true spirit of SpongeBob sneaks its way into the narrative - in the form of Patrick and SpongeBob's new silly Squishy Dance!