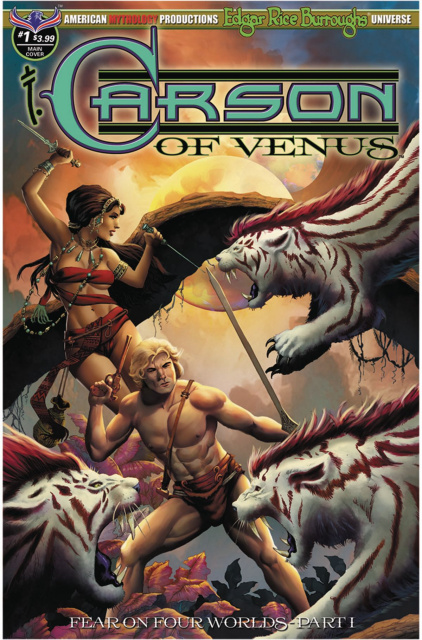 The fantastic worlds of Edgar Rice Burroughs come together in American Mythology's ERB Shared Universe! Join us in exploring far-off planets, prehistoric worlds, and lost civilizations hidden deep within the Earth. Over 80 years ago, Carson Napier blasted off for Mars but found himself thrown off course and a cast away on Venus. Now in 2018, a group of unlikely explorers from Caspak, "The Land That Time Forgot," will find the impossible, that life on Venus is a reality! And so is the danger of a planet full of vicious creatures and treacherous villains. Carson of Venus #1 comes with four covers - Main Pulptastic Cover by Mike Wolfer, Visions of Venus Cover by Cyrus Mesarcia, a Limited Edition Character Design Cover also by Mesarcia, and a Blank Sketch Cover.