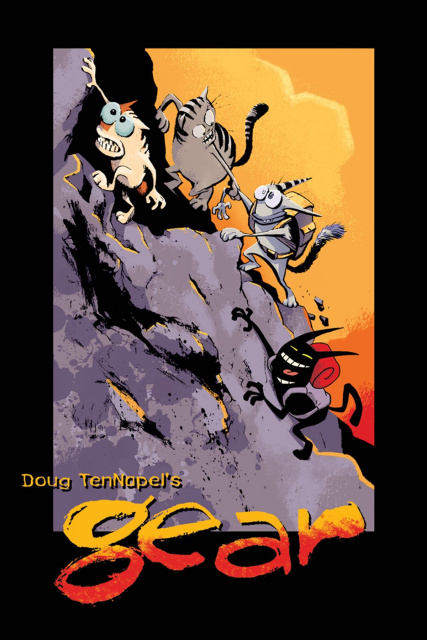 Four incompetent cats hijack a giant killer robot to change the course of a war between cats, dogs, and insects. But while these three species fight for control of the world, a powerful mechanical being named GEAR arrives to risk his own life to save the lives of good cats. This printing has everything: robots, harpoon guns, talking cats, mantis kung fu, and pin-up art by ROB SCHRAB and MIKE MIGNOLA! Writer and artist DOUG TENNAPEL (Earthworm Jim) and colorist KATHERINE GARNER present an updated-but-faithful 20th ANNIVERSARY edition of GEAR, an Image Comics classic for cat, dog, and insect lovers of all ages!