Things are heating up in this supernatural fantasy as young heroine Emmy Crawford prepares to face off against old foes in the horror-plagued town of Harrow County. Something evil has returned from the grave and joins forces with Emmy's wicked family for a brewing monster war! Will she be able to protect her home and herself alone, or will Emmy need to gather some allies in order to defeat this evil once and for all in this coming-of-age tale? Collects issues #25-#28.

"You can't predict where this series will go. It could be beautiful or it could be horrific. No matter which, you can't stop reading." -SciFi Pulse 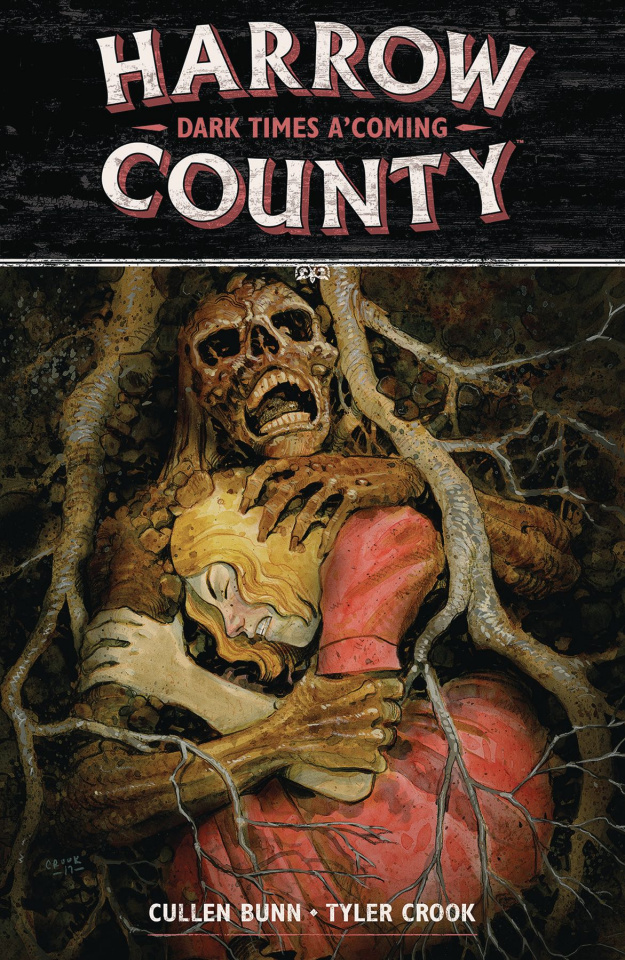