An all-new tale of drama beneath the spotlight starring the global sensation Hatsune Miku and her fellow vocaloids! Hatsune Miku: Bad End Night is a new manga series featuring the popular Hatsune Miku, following the popular vocaloid here as an up-and-coming actress. Hatsune Miku is a young woman seeking to become an actress. Although she's finally gotten her chance, everything is thrown upside down when she finds herself hurled into the "world of stage" within a strange mansion. There she meets seven mysterious, and potentially dangerous, characters. Although each comes with their own secrets, they almost all have one thing in common - find the stolen script pages, or be trapped in this false world forever! 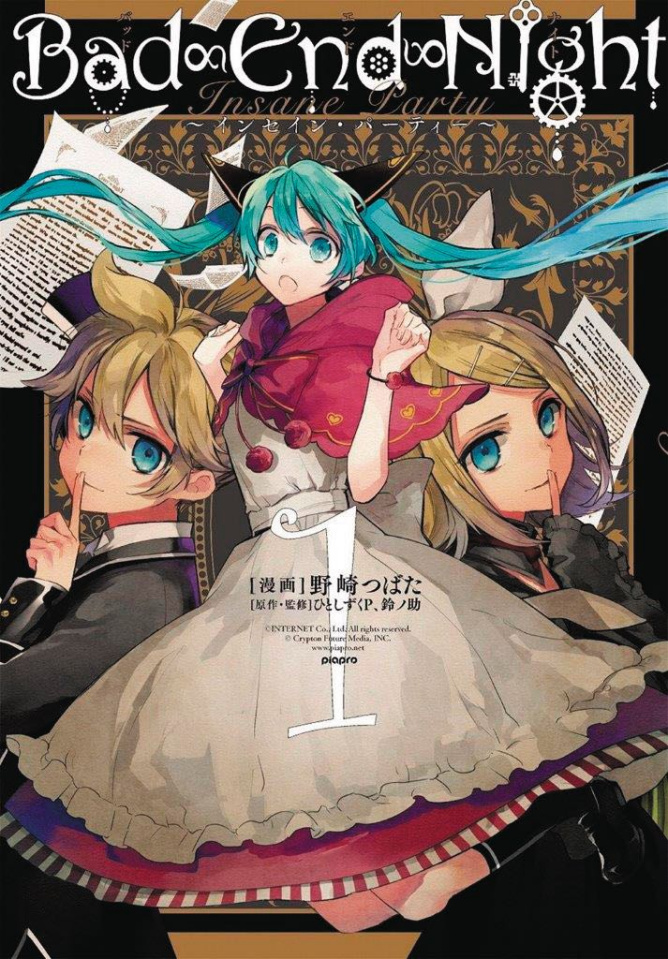