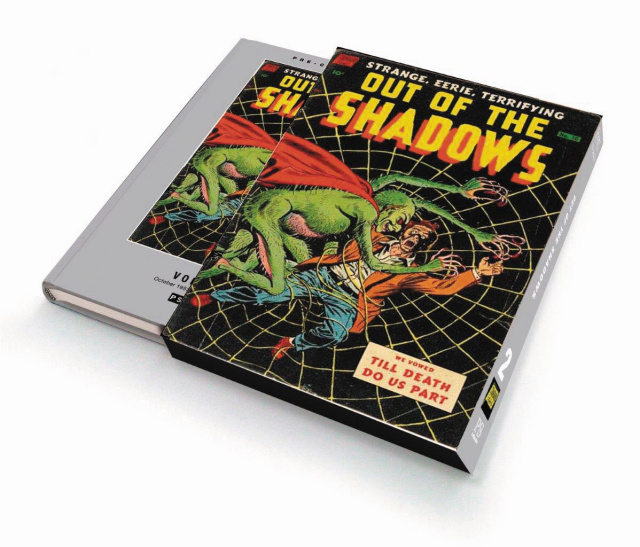 Out of the Shadows Vol. 2 (Slipcase Edition)

Special Notes: Standard Comics did not believe in #1 issues. They were convinced that comics sold better if they appeared to have been around for awhile, and therefore they started all their horror titles with #5. Those titles were The Unseen, Out of the Shadows, and Adventures into Darkness, each lasting about ten issues of fairly well-done E.C. imitations.