Special one-shot issue by series artist Dave Crosland! ZIM's finally found a way to destroy the human race-his Brainwave Accelerator will melt the brains of every human on Earth in a matter of seconds! Enter Dib, who screws things up as usual, causing the machine to malfunction and NO ONE's brains to melt. Instead, it causes brains to SWAP! Now Gaz is ZIM and GIR is Dib and Dib is GIR and ZIM is Gaz and... eh, just read the issue, alright? 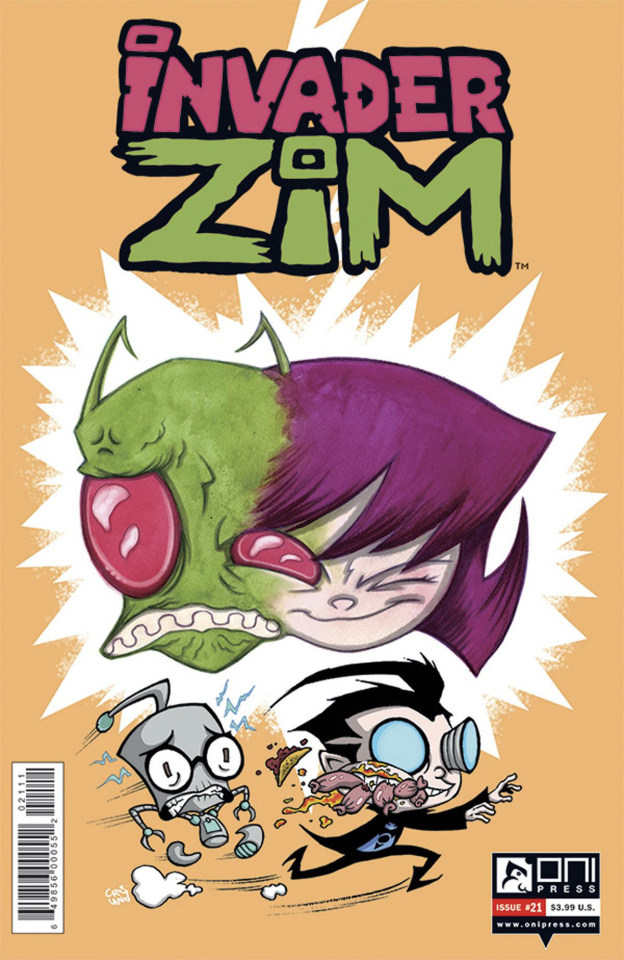