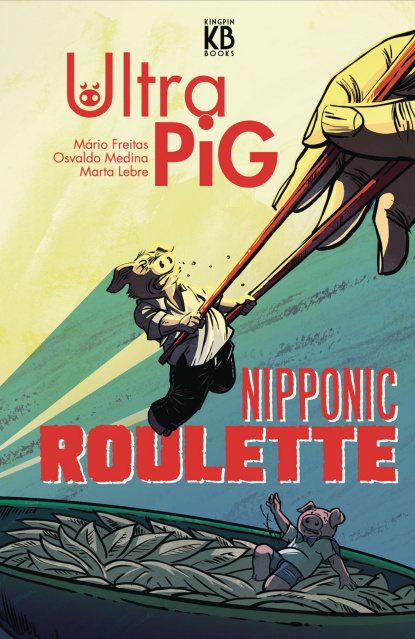 October 10, 1978. During the twinning cerimony between the Portuguese city of Aveiro and the Japanese city of Oita, the young Ultra Pig is kidnapped by three local businessmen and used as currency in a nefarious partnership with high-ranking officers of the Yakuza. Fearing for his son's life, the illustrious Calouste Pig risks to face alone the bizarre joint-venture, but ends up getting caught in a very unusual sort of roulette. A very bizarre and very deadly game of roulette, like something out of a Tintin book, but on a cocktail of Manga influences and a ton of crazy.