The At the Movies comic series celebrates the 15th anniversary of Disney's Lilo & Stitch! Get ready to crash-land on Earth with Stitch, a runaway genetic experiment from a faraway planet. As he wreaks havoc on the Hawaiian islands, he becomes the mischievous adopted alien "puppy" of an independent little girl named Lilo, and learns about loyalty, friendship, and 'ohana, the Hawaiian tradition of family. Adapting beloved classics and the latest blockbusters to comics each month, Joe Books' At the Movies showcases 48-colorful pages drawn by Disney's master artists! 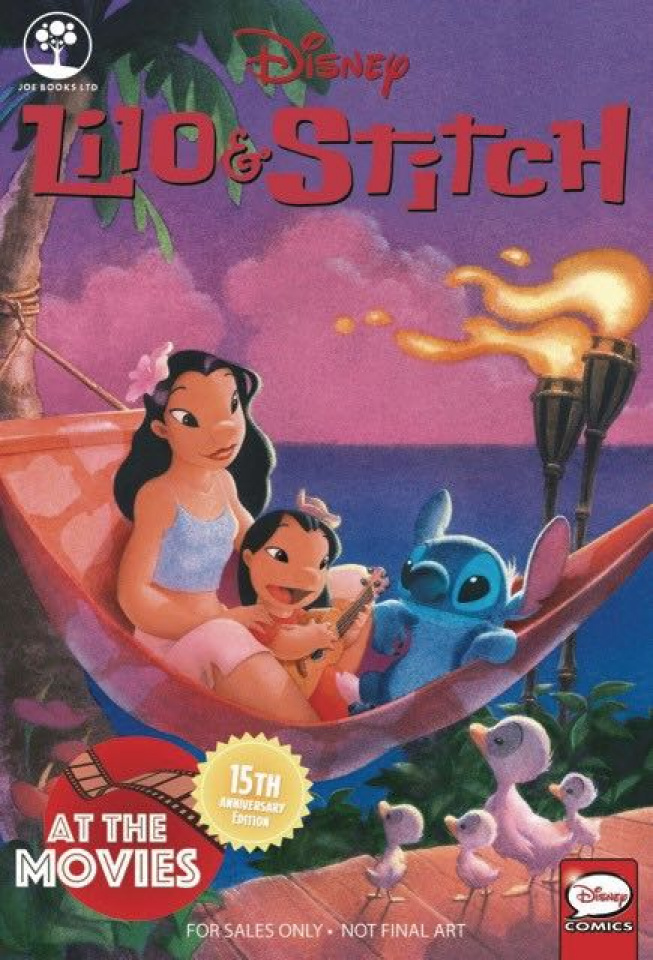