The all-female crew of The Galaxy Girl are hired to deliver a cache of Quantum-Hallucinogens to a planet of mythical-God worshipping natives, however, the mission is quickly revealed to be a set-up and it isn't long before the Intergalactic Union of Planets (IUoP) sends in their elite police force to impound the girls' ship and arrest the team. Little do they know, their ship is the missing piece to an ancient, powerful weapons that could help save (or destroy) the galaxy. The sisters and their crew must race the clock to build an army (of SEX BOTS!) big enough to fight the IUoP, protect the planet stronghold of the Independent Movement (a rebellious uprising of those who believe the Union is an evil empire), steal their damn ship back and, somehow, get paid! 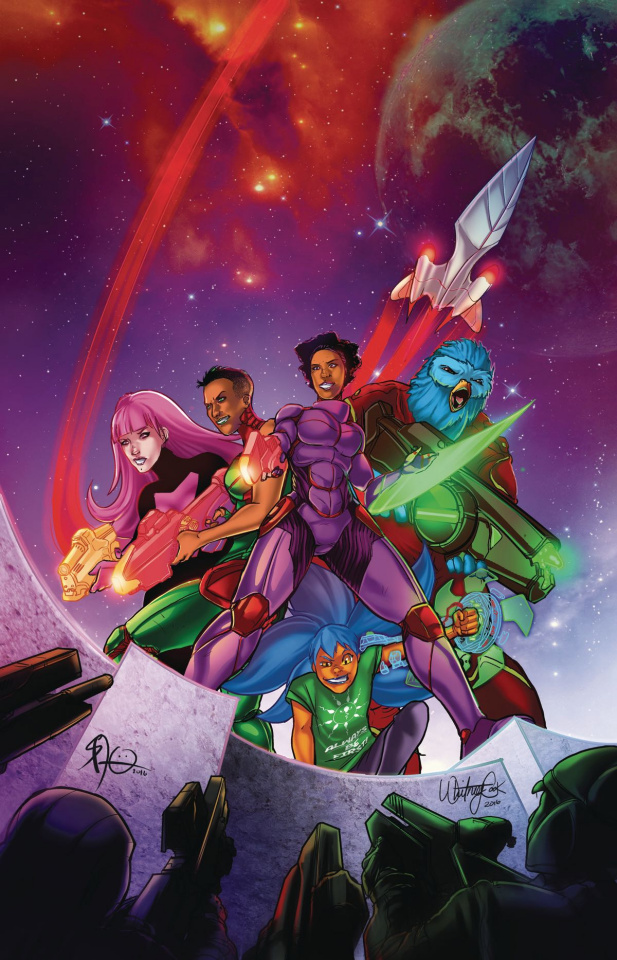