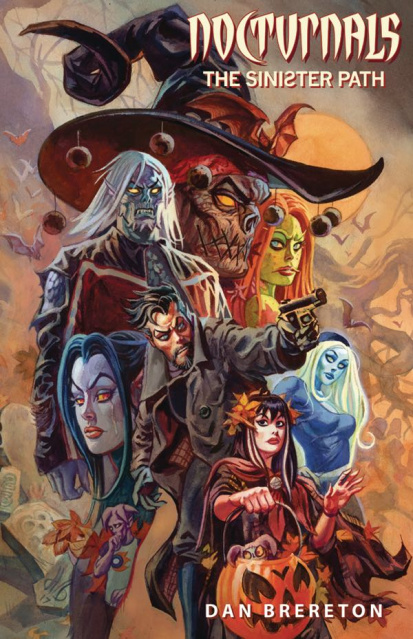 The death of the powerful and mysterious Judge Hemlock opens the door to one macabre revelation after another, as Doc Horror, spooky daughter Evening, and an armed revenant called the Gunwitch, investigate a haunted house enshrouded in the occult. What the Nocturnals find in the dungeon-like basement - and the toy-filled attic - is only the beginning of a wild and deadly hunt, as the monstrous Hemlock children are once again free to roam the countryside, seeking revenge on anyone unlucky enough to cross their sinister path.