The Merc with a Mouth takes on Marvel's greatest heroes and vilest villains! Everything you knew about Deadpool's first encounter with Cable was wrong - now get the full story! Can X-Force save history from Deadpool? Wade Wilson goes to Infinity and beyond throwing down the gauntlet against the Mad Titan, Thanos! But who will win Death's fair, bony hand? It's the ultimate battle of good-crazy vs bad-crazy as Deadpool takes on Carnage - and there will be blood! And the regenerating degenerate hangs out with Hawkeye on Halloween! Oh, the horror! Plus: Madcap gets inside Wade's head, and DP helps out his "best bud" Spidey by wearing his webs! Winning friends and influencing people, Deadpool-style! 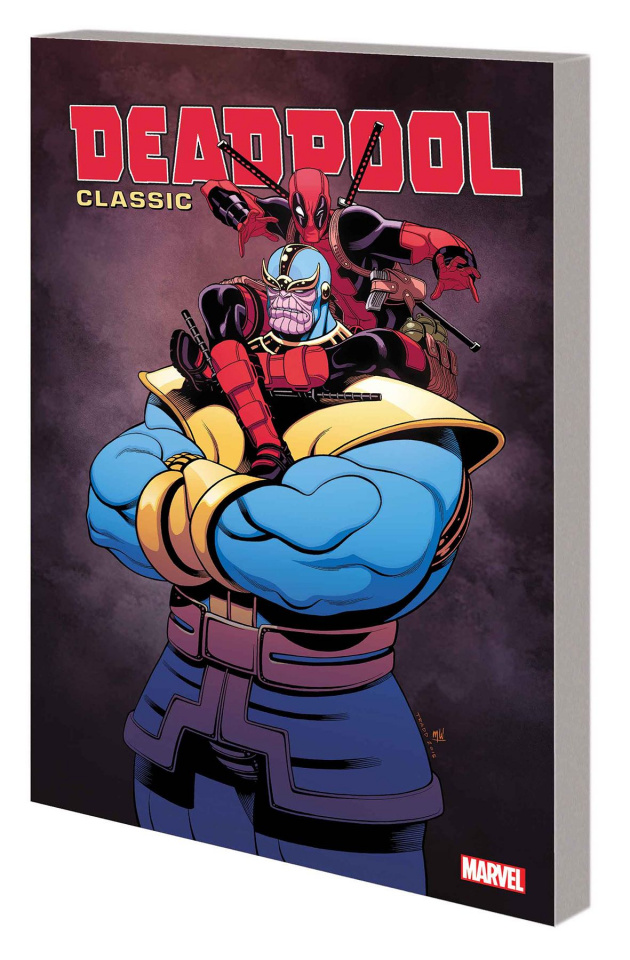